Skip to content
Our Commitments/
Making opportunity universal and sustainable through

Where there is no electricity, there is no light, no access to the tools that power business and only limited access to modern healthcare or education. Providing reliable electricity is the first step toward helping a community lift itself from poverty. So crucial is this single factor that The Rockefeller Foundation has made ending energy poverty a priority around the world.

A steady power source transforms every facet of human life. Families can illuminate their homes.

They can communicate with the outside world. Children can study at night. Simple appliances can save hours of drudgery on household chores. Lit streets are safer and more conducive to commerce.

At the same time, access to power can improve irrigation and boost crop yields and productivity of local agriculture. Farmers can protect crop values with cold storage or increase their returns with post-harvest processing. Small businesses of all kinds can expand and connect with outside markets. 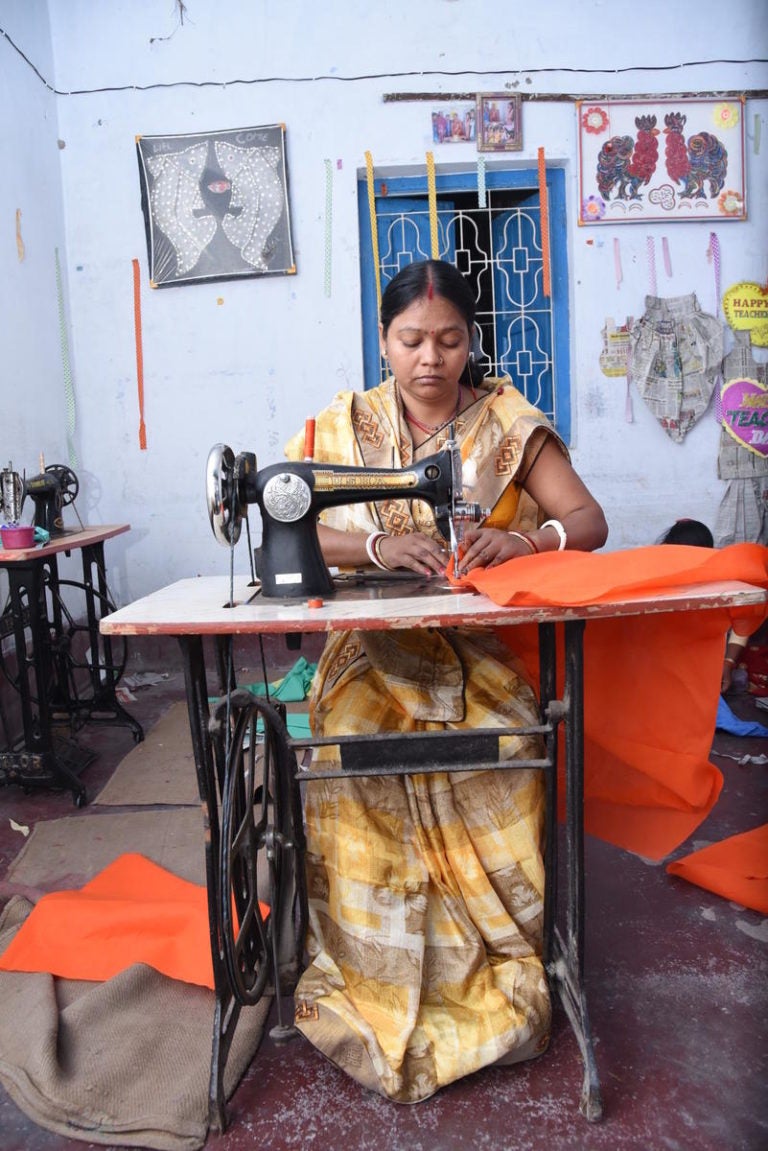 Electricity, in other words, is the foundation on which modern communities and businesses run and thrive. And yet, more than 840 million people still live without access to power and hundreds of millions more suffer frequent outages. Even with the current rate of growth in power distribution, 650 million people will still lack access to electricity by 2030 – the vast majority of them in Sub-Saharan Africa.

Until recently, there has been an assumed trade-off between increasing energy access and fighting climate change. However, breakthroughs in distributed and renewable energy have made it possible to provide clean, reliable energy access to all, while limiting future greenhouse gas emissions. Innovation and the changing economics of renewable and distributed systems have not only aligned the goals of  clean energy production with ending poverty, but have made them mutually reinforcing through the pursuit of inclusive economic development and combating climate change.

The climate crisis  threatens to undo decades of global progress in reducing poverty. That is why it is imperative that energy access is designed with climate-smart energy systems and technologies that are built for the future.

Governments and philanthropic groups increasingly recognize the ties between poverty, a lack of access to energy and climate change. Still, the collective efforts of the international community remain too slow and incremental. Bringing reliable, affordable and clean power to those now in need of it is the single best way to fight poverty across the world, while also having a positive impact on the climate.

Since the dawn of the electric age, a great divide has widened between those with access to power and those without. In 1930s America, just 10% of rural households in the U.S. were electrified. The federal government helped fund a massive, decades-long effort to bring electricity to the countryside that American cities enjoyed. That pathway to prosperity has become even more vital in the age of globalized commerce and the internet. Societies locked out of the energy economy are simply unable to rise out of poverty. In much of the world, regions or countries suffering from extreme poverty almost always suffer as well from a lack of steady power. We cannot remedy the one without pushing as well to remedy the other.

The effects of the climate crisis have become increasingly undeniable in the world around us. With each passing year, as greenhouse gas emissions continue to accumulate in the atmosphere at alarming rates, the planet continues to warm. The lives and livelihoods of already vulnerable communities are being disrupted by negative impacts: from wildfires, to drought, to extreme rainfall and sea level rise, pushing them deeper into poverty.

Until global pollution falls to zero, global temperatures will continue to rise, and climate impacts will become more frequent and severe. If current trends continue, the impacts of climate change could drag some 700 million people back into extreme poverty by 2050 – a statistic that makes the shift to clean and renewable energy systems only more imperative.

At The Rockefeller Foundation we aim to dramatically accelerate the pace of electrification by leveraging the full potential of decentralized renewable energy by investing in climate-smart energy systems to empower and protect the world’s poorest and most vulnerable populations.

Our Work and Impact

We are working to connect the unconnected, grow renewable energy consumption and build the resilient, low-carbon energy system of the future – because clean power builds livelihoods, grows income, improves health outcomes, empowers communities and is a crucial step in tackling climate change. 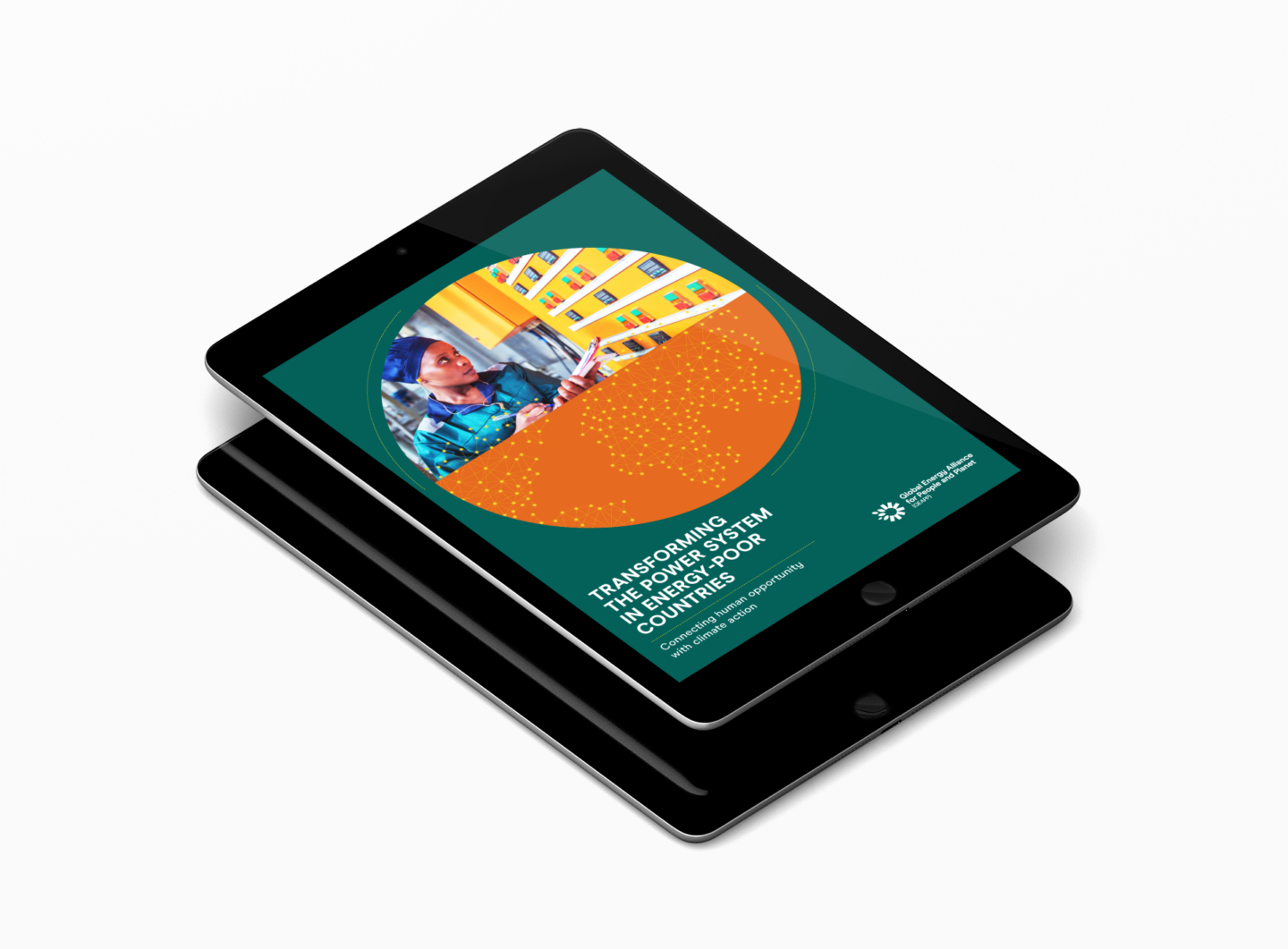