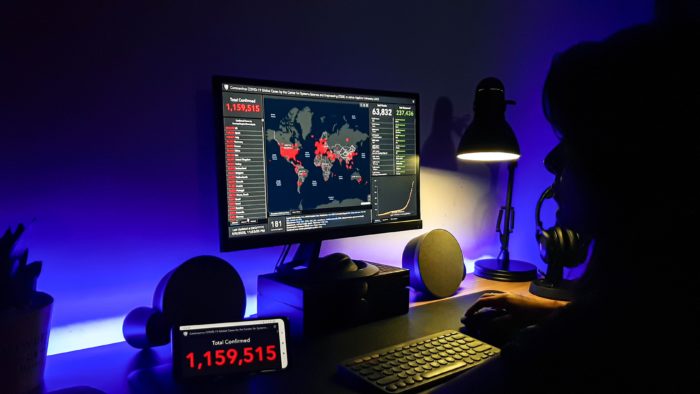 An online dashboard that tracks the number of available hospital beds and ventilators in real-time. An emergency assistance wizard that helps small business owners zero in on state, federal and private funds to keep them afloat. Self-assessment tools patients can use to determine if and when they need in-person care.

These are some of the projects from a technology-focused strike force, the U.S. Digital Response, newly created to support state and local officials across the country as a whirlwind of Covid-19-related public needs gives fresh energy to a governmental digital revolution often hampered by inadequate budgets, insufficient skills or scarce time.

The USDR is supported by the Digital Service Collaborative, established in 2018 by The Rockefeller Foundation in partnership with Georgetown University’s Beeck Center for Social Impact and Innovation. The collaborative is engaged in creating resources and alliances to help governments expand their use of digital tools. The ultimate hope is to improve government transparency and efficiency as well as citizen participation.

City and state governments face a myriad of urgent needs as they work to improve their digital products overnight in the face of the Covid-19 lockdown.

“All the infrastructure we’ve been putting in place with support from The Rockefeller Foundation set us up to respond to this crisis,” says Zarek of the Beeck Center, a leader on government digital transformation who served as Deputy U.S. Chief Technology Officer under President Obama, leading digital government reform across the federal government.

Pooling more than 6,000 data scientists, user-design experts and civic-minded technologists from every state, the District of Columbia and some of the territories, the non-partisan USDR has already completed over 100 Covid-related projects in 19 states. They’ve joined with municipal governments as small as Concord, CA, population 130,000, and state governments as large as New Jersey, with 8.8 million residents. Although the emphasis is on digital support, USDR has also brought in former journalists and privacy experts to help governments with communication, privacy concerns and other needs.

USDR came together quickly. When the World Health Organization declared on March 11 that the spread of Covid-19 had become a pandemic, Zarek was in the midst of house-hunting in Washington, DC. “I flew back across the country to shelter in this small San Francisco apartment, and as I spoke to my friends and colleagues over that weekend, there was a lightbulb moment. We saw a gap. Governments. That’s who needed our help right now.”

So Zarek joined with what she calls a “small scrappy team”—but what others would call a powerhouse of experience: Code for America founder Jennifer Pahlka, former Facebook engineering and product executive Raylene Yung, and former U.S. Deputy Chief Technology Officer Ryan Panchadsaram.

They began talking to state and local leaders across the country to ask what they most needed, not easy conversations to have in the midst of a crisis but “our team has had many years working with government and in some of the largest companies,” Zarek says, “so we speak that language as well as the language of the tech sector.”

The needs were many, some simple and some more complex. “Some government teams are very tech-savvy and it’s just a capacity issue, with so many urgent demands being placed on them at once,” Zarek says. “Other teams might not have a deep bench of tech support. A lot of our work is behind the scenes, and governments prefer it that way.”

Once they began identifying government needs, “one of our founders set up a simple volunteer form online, and before we even remotely went public, hundreds of computer programmers and data scientists found it and signed up,” Zarek says. “We had a groundswell of support from Americans who want to step up to help in the way they know how.”

The USDR founders created a volunteer oath that demonstrates their humility and roll-up-your-sleeves values. “I promise to: Do what is needed most—even if that is unglamorous…See what other projects, people or leaders might be working in a related space and consider how we can work together, if feasible and possible… Listen more than I speak.”

When possible, they try to pair governments with digital specialists who live nearby. “Even though the work is remote, it’s nice for government officials to work with someone who really knows their community,” Zarek says.

Open-source products that can be adapted by other governments are created rapidly and put in use to offer both basic government services and exceptional services required during this time.

In the city of San Rafael, CA, volunteers digitized finance and human resource forms so they no longer need to be filled out in person. A USDR team in New Jersey created a system to vet health care volunteers and help place them in hospitals. And volunteers built Neighbor Express, so the homebound in need of grocery deliveries can fill out a simple online form, which then feeds into a back-end database and matches them with volunteer helpers. In use in one New Jersey and two California communities so far, USDR hopes it will spread.

“We help provide replicable software solutions,” Zarek says. “We want everything we build to be open-sourced.”

As governments routinely face crises that require broader use of digital tools, USDR anticipates continuing to work during the post-Covid recovery process and beyond.

Conceived in a weekend, built in a rush, Zarek says she believes USDR will have a role to play over the many months of Covid-19 recovery. “Most governments are not typically equipped to handle data and tech demands on an ordinary day, and we face crises across our country all the time—not just pandemics but hurricanes and wildfires and tornado season. Would we love to put ourselves out of business? Yes, because we want to see governments ready to handle whatever comes their way.”

For Zarek personally, she says “every day is like a dog year. But I’m heartened and warmed that even in some of our most challenging and lowest moments, so many people are still finding ways to help with their unique and wonky skills, trying to show up for their country and their neighbors. That’s been really wonderful to see this happen, especially at a time when our country is so divided.”

Connecting experienced, pro bono technologists to work with governments responding to the COVID-19 crisis, to help deliver critical services to the people who need them.