How to Protect Densely Populated Slums from Covid-19 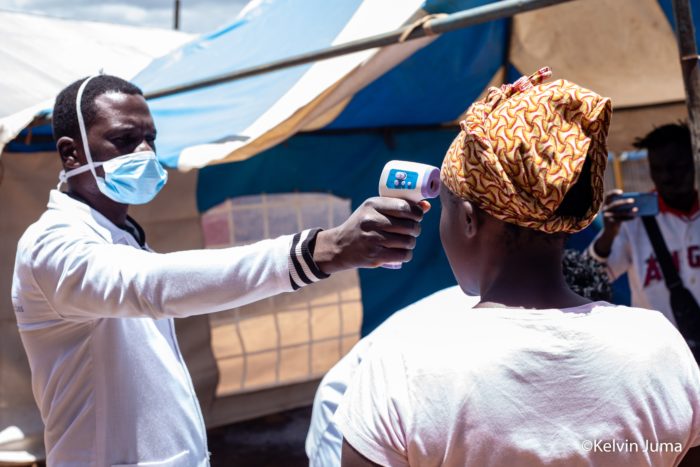 Hand-washing is a challenge and social distancing impossible in the Nairobi shantytown of Kibera, the largest urban slum in Africa. Often, eight people or more live in 12-feet-by-12-feet shacks with tin roofs. Homes do not have running water. Sporadically placed public latrines are shared by hundreds of residents. Almost no one owns a refrigerator.

One in eight people globally live in slums like Kibera.[1] Considered in this context, COVID-19 feels like a ticking timebomb. So Shining Hope for Communities (SHOFCO), a Rockefeller Foundation grantee that works in Kibera and nine other Nairobi slums, has launched a multi-pronged effort that it hopes could be a model for vulnerable neighborhoods in densely populated cities around the world, from Rio to Mumbai to Kathmandu.

Moments from The Field

In Kenya, the World Bank estimates that 56 percent of Kenya’s urban population are slumdwellers, amounting to more than 4 million people and occupying just 6 percent of the land. Kibera houses somewhere between 700,000 to 800,000 of these people. “These are people who live by unity and togetherness, and this is a disease that doesn’t allow that,” says Odede, a former Kibera resident himself who founded SHOFCO in 2004 with his wife Jessica Posner-Odede.

A multi-faceted plan that includes providing handwashing stations, protective supplies, cash transfers and clear communication from trusted community sources, as well as a partnership with national officials to heighten awareness of community needs. 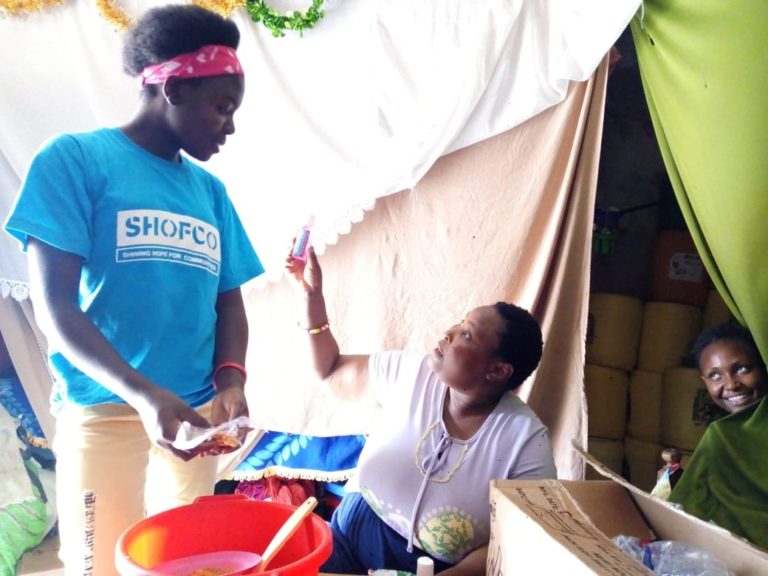 The first line of COVID-19 defense that SHOFCO erected was 221 open-air handwashing stations at the entrances to Kibera and the other slums where they have a presence. Continuous access to sufficient and affordable water is crucial to fight against the disease, according to ten independent experts appointed by the UN   Human Rights Council in Geneva.[2] The presence of water is not something to be taken for granted in informal settlements.

Information is the second line. FEMA, the CDC and others, recognizing false stories can cost lives, have set up online rumor control sites in the United States. Odede says a different technique is needed in Kibera to quash myths and fight ignorance. “Information has to come from people they trust—faith-based leaders or local people on the ground,” he says. So SHOFCO began sending community health workers door-to-door to deliver information and also check to see if anyone was showing symptoms of the disease.
They also set up a rumor-tracking project that enables community members to report claims to either community influencers or an SMS platform. SHOFCO then collects, analyzes and responds to disinformation.

The third line of defense is supplies—both to help people protect themselves from the disease and survive its economic repercussions. Members of SHOFCO’s Women Empowerment Program, which teaches business skills to women living with HIV, are producing and distributing soap for residents and masks for community health workers. Also, SHOFCO is purchasing in bulk basic essentials such as cooking oil and rice, and offering them below retail costs to slum residents, as well as providing meals to students and their families even though schools are closed.

Controlling Covid-19’s Impact Has So Far Been Achieved

SHOFCO is working with partners to provide direct cash transfers to the most vulnerable in Kibera, where unemployment hovers around 50 percent and the employed generally generally take on informal menial labor in Nairobi. In the face of a dusk-to-dawn curfew and a city shutdown, most of those jobs have disappeared. Kibera residents, without the luxury of bank savings, credit cards or online commerce, are largely unable to survive without some form of income.

The essential elements of the SHOFCO model can be used in vulnerable neighborhoods in densely populated cities around the world, from Rio to Mumbai to Kathmandu. 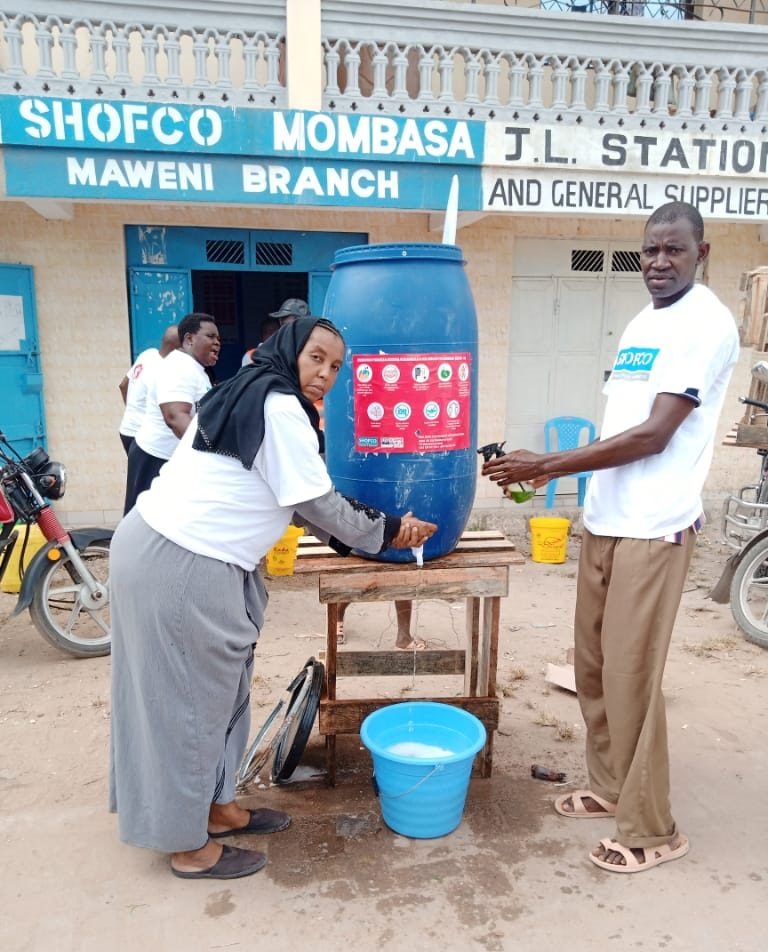 “We have to understand them. Cholera, TB, HIV—this is life. Dying from hunger is worse for them.”

Essential elements of the SHOFCO model can be used in vulnerable and densely populated neighborhoods around the world.

When Odede was two years old, his mother moved the family from a drought-stricken area of rural Kenya to Nairobi hoping for more opportunity. They ended up in Kibera. Involved with gangs and doing drugs, he was teaching himself to read from discarded newspaper scraps when he began to learn about civil rights leaders such as Martin Luther King Jr., and to think that a similar revolution could take place in Kibera, where people could rise up with the resources they had. 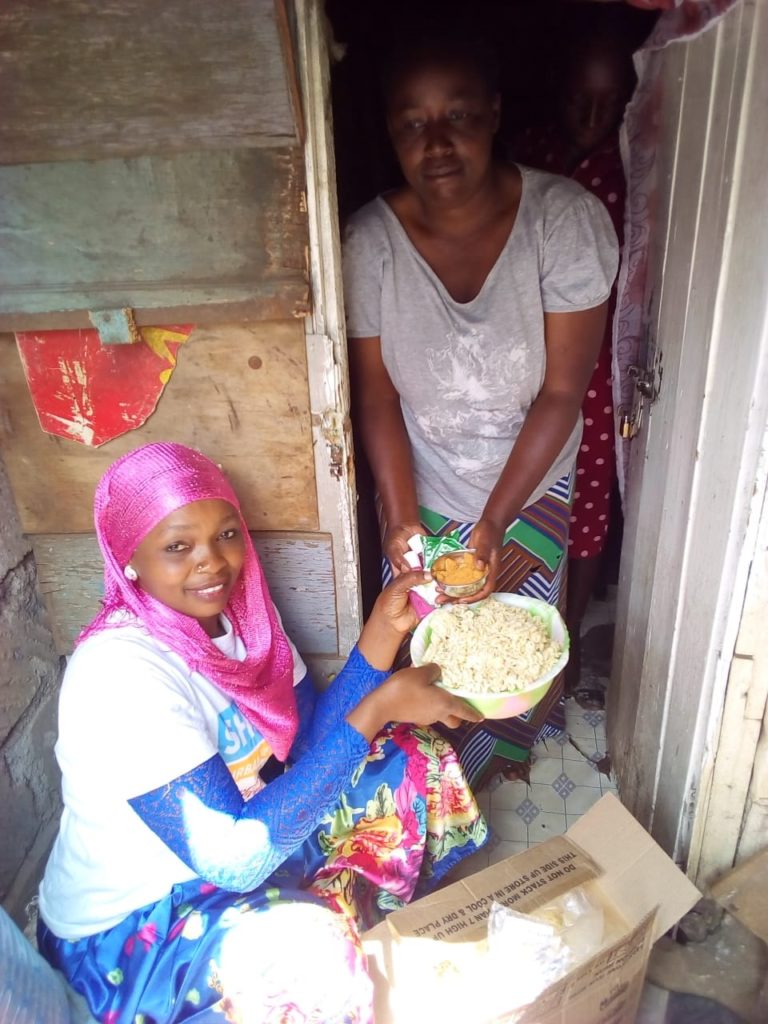 A final strategy to help slum dwellers in their fight against the virus is to build partnerships with the government. Odede was asked to join the national COVID-19 Community Engagement task force, which allows the opportunity for him to both articulate the concerns of Kibera and other slums, and coordinate closely with the Ministry of Health and district health officers.

The grassroots movement is focused on providing both direct services and a community organizing platform.

On the services side, SHOFCO operates two free girls’ primary schools, community centers and libraries as well as systems to provide clean water, improve employability, fight against gender-based violence and provide basic financial resources such as loans and micro-insurance.

To support community voices, SHOFCO also helped set up the SHOFCO Urban Network (SUN) that provides an organizing mechanism to drive community-led solutions and feed local input all the way to Kenyan national government representatives. “To tackle the challenges of slum development,” Odede says, “it matters who sets the agenda.”

From ensuring that girls in Kibera receive an education to fighting election-based violence, SHOFCO through its various initiatives is an ongoing success story. But never has the need, nor the challenge, been greater.

“We are building the plane as we fly it,” says SHOFCO’s chief of staff, Elise Garrity. “An outbreak will be nearly impossible to contain once it reaches the slums, so every action we can take before COVID-19 hits will save lives. Philanthropic funding affects that in a very direct way. We need more and we need it quickly.”