From A Difficult Background, A Business Innovator is Born

Dave W. Christopher Sr. grew up in Gary, Indiana, the youngest of nine children whose parents were loving but both disabled. “We didn’t always eat,” he recalls. In school, he was a strong student who was also prone to getting into trouble, had a chip on his shoulder and experienced racism regularly. One brother was shot in the back during gang violence at age 17 and paralyzed from the waist down. Another brother went to prison accused of murder.

When a high school counselor implored Christopher to enlist in the military, warning that he would end up dead or jailed otherwise, he joined the Air Force, stayed eleven and a half years which included stints in Korea, Japan and Germany, and later became an IT entrepreneur. He righted his own life and took it in a different direction, but those experiences in his formative years left him committed to helping others experiencing a bit of what he did.

In 2014, he founded the Academy of Music Production Education and Development (AMPED) in Louisville, Kentucky, a community center and after-school program where kids and adults alike are encouraged to express themselves through music while also learning tech skills such as coding. 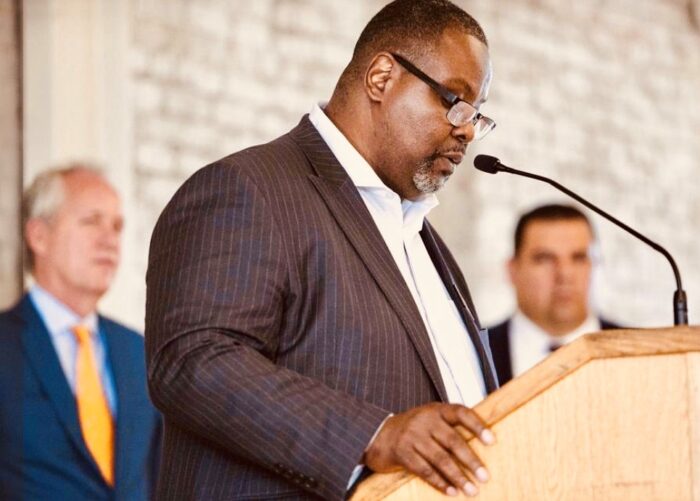 Now, with support from The Rockefeller Foundation, Christopher, 57, is launching the Russell Technology Business Incubator (RTBI), the first and only small business incubator in Louisville’s Russell neighborhood. The goal: to create not only jobs but businesses, and through this to support economic growth, mobility, entrepreneurship, and independence.

“My heart is for the people going through what I’ve gone through,” he says. “If Louisville is 24 percent Black, then 24 percent of businesses should be Black-owned. Right now, it is less than 1 percent. And when you create strong Black businesses and employ people at living wages, the entire community is lifted up.”

“As we recover from the immediate pandemic of Covid-19 and the long-standing pandemic of structural racism, investments in opportunities like the RTBI are both the vaccine and the cure,” said Otis Rolley, Senior Vice President for Equity and Economic Opportunity at The Rockefeller Foundation. “This effort in Louisville is not tactical, it’s strategic. It’s a model of what has to be done to achieve an equitable recovery and build for a stronger more economically secure future for a Black Louisvillians.”

Steps to Bringing A Business Accelerator to an Underserved Community

Immediately west of downtown, it was once known as “Louisville’s Harlem” for its strong African American business presence. The area took a major decline after World War II and intensified during misguided urban renewal efforts in the 1960s that demolished the commercial area.

Today, while about 23.5 percent of Louisville’s population of 625,000 is Black, more than 75 percent of them live in West Louisville, which includes Russell and eight other neighborhoods where some 63,000 people live. The area is plagued by persistent poverty and hampered by the social determinants of health. West Louisville residents live on average 12 years less than those living in more affluent neighborhoods in East Louisville.

The median annual income is $17,000, well below the current poverty level of $25,750 for a family of four. More than 30 percent of those homes have no access to broadband internet service, and nothing beyond smart phones to develop technological literacy.

“But these aren’t broken people,” Christopher says. “They are under-resourced. And I know what it feels like to not-have. I know what they are going through.”

Growing up, Christopher’s father had stomach cancer and his mother had Parkinson’s, though it went undiagnosed for years. “We didn’t have good health care. I was an adult when they finally figured out it,” he recalls.

From Music Camp to Workforce Creation

Christopher started AMPED as music camp for kids to come have a place to hang out. “We started with piano, then we added drums, then guitars, and then we went to a year-round program. We saw for these kids in their schools, attendance was going up, suspensions were going down,” he says.

“But then we realized some of these kids couldn’t come to class because they had to take care of siblings, or they were coming because they could eat here, we fed them. So we knew we needed a program to serve the entire family.” 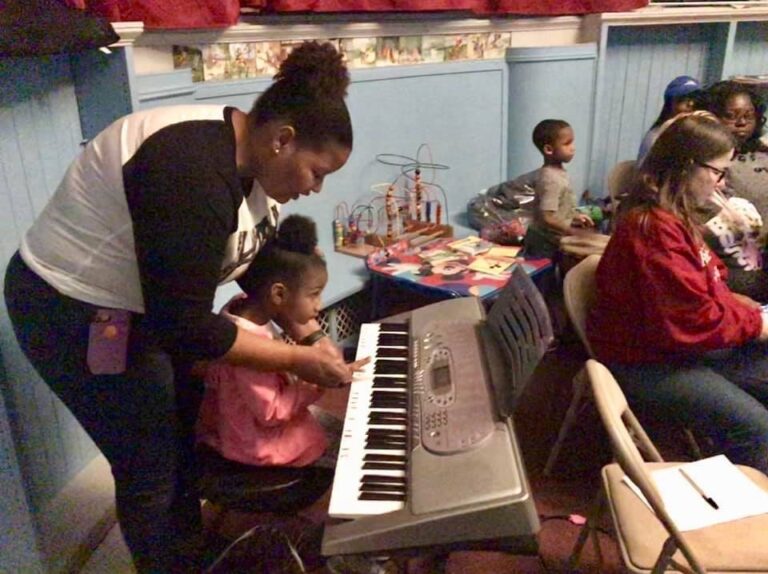 Behind the scenes: Christopher's music camp

To create a generational approach, Christopher was supported with a grant from the National Center for Families Learning, and inspired by NCFL Founder Sharon Darling’s conviction that the approach to generational poverty must be to support the full family.

He added workshops for parents to play music with their kids, and also twelve weeks of classes to teach parents employable technical skills. Since 2015, he has trained about 375 students for tech jobs, graduating 85 percent of them. Of those who completed the program, 65 percent went on to get additional training and jobs in the tech industry, and another 10 percent got promoted within their current jobs.

“I was out and advocating to big tech companies, working with them to create a pipeline for them to hire our people,” Christopher says, mentioning specific support from Humana, Brown-Forman, and YUM Brands.

From Workforce Creation to Business Creation

But even with the success of this program, Christopher wasn’t satisfied. Workforce creation is one thing, but business creation was the problem he wanted to tackle next.

Out of this, RTBI was born as a replicable model that can be used to address generational wealth gaps and other impacts of systemic racism. The first cohort of 10-15 businesses will be announced in January, and while focused on tech businesses, will be open to other businesses as well. Each selected start-up or business owner will have an individual coach in addition to ongoing classes. 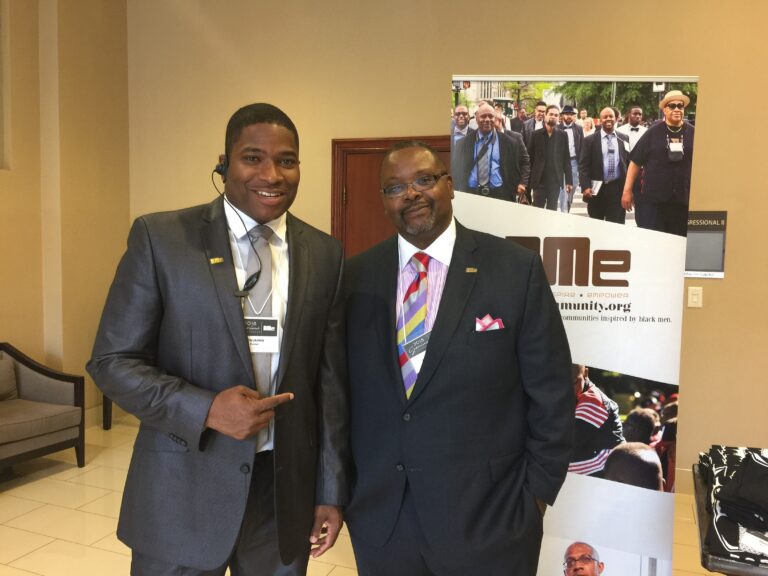 Christopher’s own son, Dave Christopher Jr., works by his side as an AMPED instructor, an echo of the days when he worked next to his own father on construction jobs.

“My father is a big part of who I am now,” Christopher says, growing emotional. “He told me it is okay to mess up, which taught me I shouldn’t be afraid to do anything I wanted to. He also said, when I was 12 years old, ‘If nobody will hire you, hire yourself.’ Since 12, I never felt I was at the mercy of someone else to get things done.”