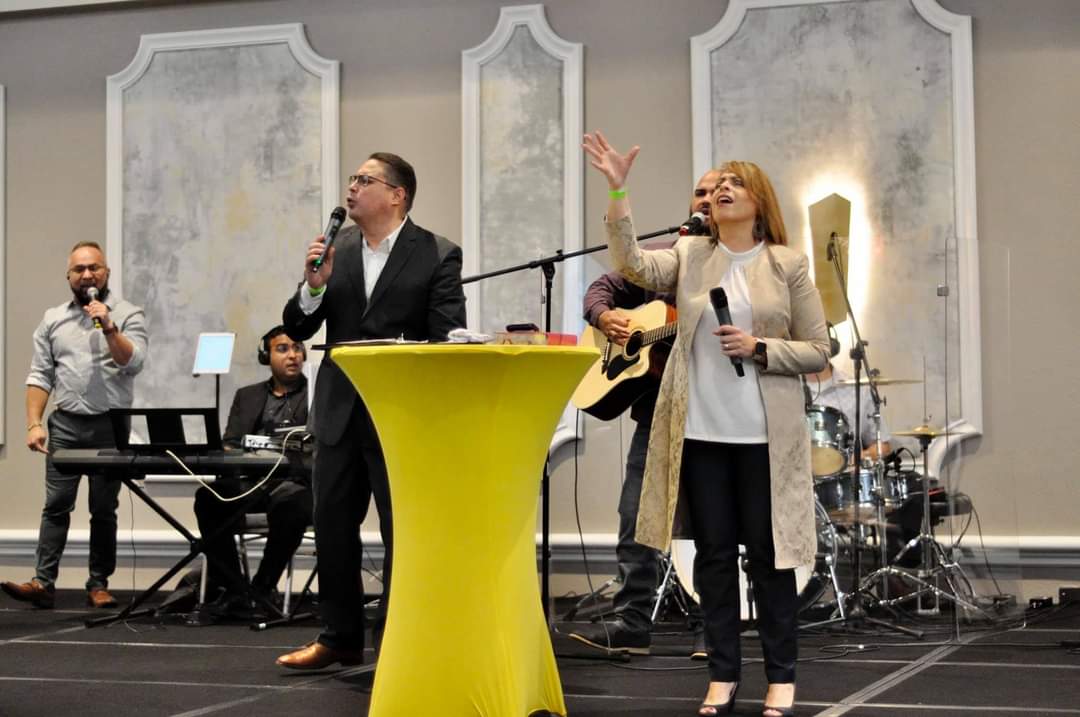 The Rev. Dr. Gabriel Salguero, an evangelical pastor in Orlando, Florida, has no day of rest, and more than sermons and soup kitchens are responsible for that. The founder and president of the National Latino Evangelical Coalition is also neck-deep in intense discussions—not about religious epistemology, but about tax reform.

For the reverend, the two are closely linked.

“Budgets are moral documents,” Salguero says. “Jesus taught us where you put your treasure, there your heart is also. I have working families in my congregation who are one paycheck away from losing everything. So I preach each Sunday about hope, and then Monday through Saturday, I meet with my congressmen and women so I can tell them about the people who are hurting.”

With Covid-19 disproportionately impacting people of color, and the poverty rate for 2020 projected at 15.2 percent for Black Americans and 13.8 for Latinos, Salguero is among a resolute group of spiritual leaders of various faiths who rotate from the pulpit to halls of legislative power. The goal: engaging state and federal lawmakers in urgent dialogue that persuades them to implement equity and financial justice measures now.

The Rockefeller Foundation supports the work of the Missionary Pentecostal Church and, through them, the National Latino Evangelical Coalition (NaLEC), The Jewish Federations of North America (JFNA) and other faith leaders as part of its focused effort to expand both federal and state Earned Income Tax Credit (EITC) and Child Tax Credit (CTC) for America’s working families. The Foundation also wants to expand EITC awareness, given that millions of workers will be eligible for the first time this year.

“Ensuring all Americans can afford the basics – housing, food, healthcare, childcare and transportation – is not a partisan issue. It’s a moral one,” said Danielle Goonan, a Director of the Foundation’s U.S. Economic Equity and Opportunity Initiative. “Religious institutions across the faith spectrum share a commitment to human dignity, which includes economic justice.

Uniquely Positioned to Push for Change

The EITC is a refundable tax credit available to lower income workers and originally approved with bipartisan support in 1975 so that working people wouldn’t be taxed into poverty (though many still are.) The CTC is intended to offset the expensive cost of raising children. Proposals for federal pandemic relief often include expanding the two tax measures as part of an equitable recovery, and a number of state legislatures are also considering expanding or adding EITC and CTC to their state tax codes. Substantial research has shown that the two combined have lifted some 10.6 million Americans above the poverty level—more than any other program except Social Security—while providing educational and health benefits at every stage of life. 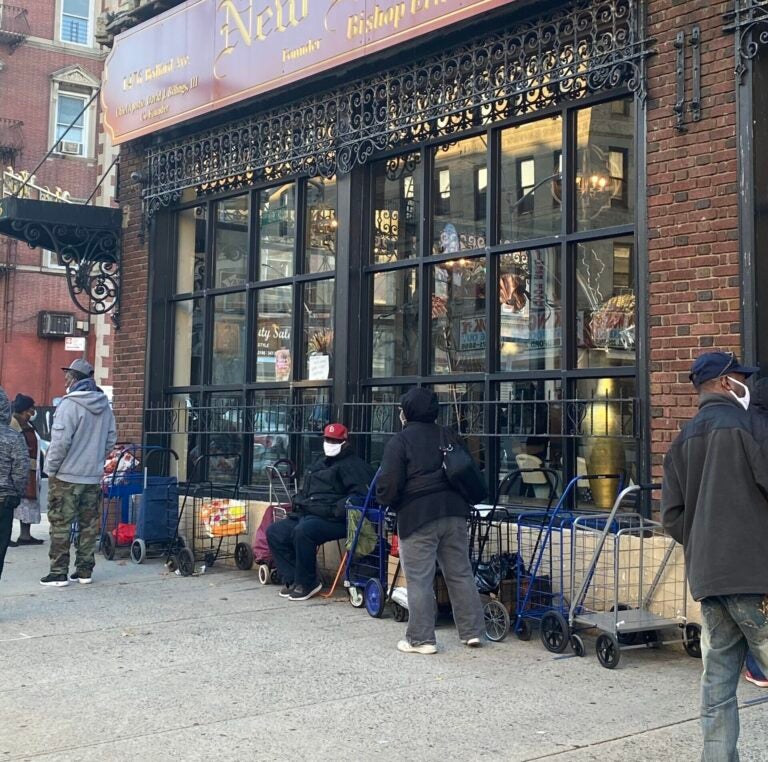 But there is room to grow. The Foundation is working to help expand both the reach and financial benefits of EITC, especially for childless adults, many of whom are essential workers significantly impacted during Covid-19. It also seeks to make the CTC fully refundable to eligible families so that America’s poorest children get their fair share.

Salguero, 47, describes the “aha moment” that led him to found the National Latino Evangelical Coalition in 2010. “I realized if I tied my grass roots practices with national campaigns, then instead of helping 100 families, we could help 100,000 families.”

At this deeply partisan time, however, faith leaders cannot take it as a given that they can bridge the divide, notes Mark Rodgers, principal of The Clapham Group, a consultancy firm working with clients on social justice issues. “Like every other sector of society, religious leadership is not immune to polarization,” Rodgers says. “But for some faiths, there is a deep calling, even a mandate, to be one, and to be in dialogue. And that’s where hope lives.”

As an evangelical pastor, Saguero believes he is uniquely situated to engage in that dialogue. “We can have conversations with conservatives because we are evangelical, and the liberals listen to us because we’re Latinos,” he says. “But we don’t do this because we’re Democrats or Republicans. In my case, I’m a Christian.”

Steven Woolf, the JFNA’s Senior Tax Policy Consul, concurs that faith-based leaders have a singular role to play, especially in a divided Congress. The JNFA, founded in 1999 from the merging of two other organizations both founded in the 1930s, represents 146 Jewish Federations and over 200 independent Jewish communities across North America.

The EITC is traditionally a bipartisan measure. “What I love about EITC is that it affirms work, but it also affirms love for your neighbor,” says Rodgers of The Clapham Group. “It embodies these two principles and holds them in healthy tension.” This dual appeal may help faith leaders seeking broad-based legislative support for an expanded EITC. “Despite the challenges, faith leaders have been at the forefront in other areas, from the abolition of slavery to the funding of AIDS,” Rodgers notes. “So it is certainly possible here.” 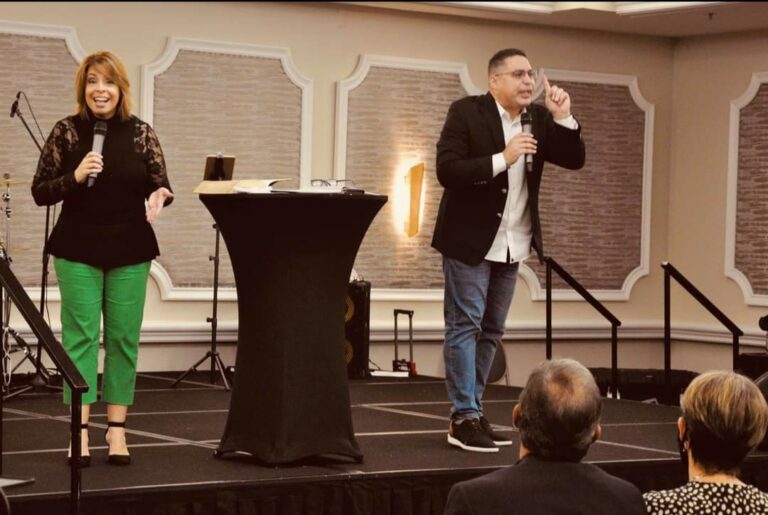 One thing these leaders may have going for them is the very source of their inspiration.

“We take seriously the concept of tzedakah,” Woolf says, using the Hebrew work that means charity combined with social justice. “We have a responsibility to ensure that our laws are as equitable as they can be. From a religious perspective, as well as a bipartisan perspective, we must agree to do what we can to help as many as we can.”

“As a people of faith, we know that we must balance the legacy of our ancestors and the inheritance of future descendants with the choices we make now,” adds Rabbi Isaiah Rothstein, Woolf’s JFNA colleague. “That is why we engage in public policy and advocacy. It’s a calling. I call it spiritual activism.”

Salguero notes that these beliefs support him, particularly in moments of compassion fatigue in the face of needs that are great and growing. His Puerto Rican father Hector, the pastor of the Missionary Pentecostal Church, was homeless and a heroin addict before the church transformed his life. His mother Raquel is also a pastor. Salguero himself grew up in a tough New Jersey neighborhood.

“I literally ran home from school,” he recalls. “For a lot of us engaged in spiritual work for change, our motivation is deeply autobiographical. We ourselves were helped when we needed it.”

For his part, Woolf, who lives in Greensboro, North Carolina, began his career working for large firms and business clients. Thirteen years ago, he began working for JFNA, and describes it as “the best job I ever had…When I work on things like EITC and CTC, I think that if my work can help move that ball forward, then I am in a very small way helping to solve a very huge problem in America, which is income inequality.”

Even with a diverse coalition has supported expanding EITC, getting it done is still likely to be a challenge requiring focused efforts. Coining a phrase used by the Jewish prophet Zechariah, Salguero calls himself a “prisoner of hope.” What he hopes for now is a robust Covid-19 recovery bill that includes not only expansions of EITC and CTC, but also paid family leave.

“We have to dispel the myth that this creates dependency,” he says. “It doesn’t. It’s a stairway out of poverty, that is all. And if we do it right, maybe it could be an elevator rather than a stairway.”