How Green Energy Can Empower Women

We need to build upon the connections between energy access, agriculture, water availability and gender equity
q0mCOh9SwHY
4 Min readtime / 03.25.21

The blindingly-white salt flats of Kutch have one of the most inhospitable terrains in India. Yet, the Agariya (Salt-pan Workers in Little Rann of Kutch) community migrates there for six to eight months and works through the searing summers to produce 70 per cent of India’s salt.

For decades, they have relied on diesel pumps to extract brine from the ground, spending as much as two-fifths of their annual revenue to procure fuel. But those who switched to solar-powered hybrid pumps experienced a 66 per cent increase in savings. As salt pan worker Jamnaben Amarsinhbhai Taretiya says, “The sun that was always there has now become a gold mine for us.”

Kick-starting the diesel pump was labour-intensive, so men usually did it. Jamnaben, however, does not have to depend on men to run the pump anymore—she can turn it on with the flick of a switch.

Jamnaben is one of the many women whose lives have been transformed with access to reliable and sustainable energy. In remote regions, like the salt flats of Kutch, it is cheaper and more efficient to deploy distributed renewable energy technologies—such as mini-grids, solar pumps, and other standalone productive power systems—rather than extend centralised, grid-based power.

Electrical appliances also ease the burden of household chores, which usually fall on women. Clean energy for cooking saves the time spent gathering dirty fuels such as firewood or cow dung and reduces exposure to indoor air pollution—responsible for 3.8 million premature deaths a year. Light at night makes it possible for women and girls to work and study.

Indeed, access to reliable electricity and the consequent time savings enable women to avail of opportunities for skill-training, which can help them to earn an income as an employee or even start their own business. A World Bank paper reports that household electrification in rural India led to a significant albeit small increase in women’s non-farm self-employment and had a positive effect on girls’ schooling.

Take the case of the mini-grid in Kamlapur, Uttar Pradesh, which provides reliable electricity for sewing machines in a clothes-manufacturing unit. The social-impact organisation Sattva trained 83 women in the use of electric sewing machines; 50 of them got jobs at the unit.

In Parsa, Bihar, Ruby Kumari, a widow with two children, used her sewing skills and electricity from a Smart Power India (SPI) supported mini-grid to make masks after COVID-19 gutted her earnings. “When everything else is so unreliable,” she says, “it’s a comfort to have constant electricity.”

Electricity not only helps earn an income but also enhances productivity. An SPI and Mlinda powered mini-grid in Gumla, Jharkhand, enabled women to use electric hullers that increased their production of hulled rice a hundred-fold.

Energy access, however, is not enough; we need greater inclusion of women in the energy workforce as well for equitable outcomes.

The energy supply chain gives women opportunities to earn higher wages and upskill vis-à-vis traditional income-generating activities. Since many clean energy jobs go to unskilled and semi-skilled workers, they could provide a viable alternative for women, who are less likely to have the education or training required to work in the formal sector.

A female workforce could also contribute to greater energy access. Since women are part of different social networks vis-à-vis men, their inclusion can help businesses reach out to more households.

Studies have shown that women perform as well as men in energy supply businesses despite it being a male-dominated sector. Employing women in the industry challenges traditional norms and stereotypes about what women are capable of.

For electricity suppliers in Odisha, employing women to enhance customer services has not only shaved off losses but also increased revenues by Rs 7 crore. A network of 120 women, known as bijulee didis, collect bill payments and address users’ problems. As a result, an additional 8,000 customers started paying bills on time and over 1,250 houses and 300 businesses got connected to the solar grid. The bijulee didis are, thus, playing a vital role in delivering reliable energy access to underserved villages.

A diverse workforce makes good business and social sense, yet men tend to dominate energy supply chains. The renewable energy sector, which includes a greater proportion of females in the workforce, could show the way forward. Women comprise 32 per cent of global renewable energy workers, compared to 22 per cent in the oil and gas industry. Thus, a focus on scaling up energy access through renewable energy technologies, especially distributed renewables that can reach women in rural and peri-urban areas with unreliable access to power could lead to a more balanced workforce.

Challenges remain. Despite energy access and greater employee diversity, gender disparities might persist in other respects. A Nature study of households in six Indian states showed that women often do not benefit from electricity access even when appliances that would ease their work are affordable. For instance, households that had multiple fans and bulbs did not always have one in the kitchen. In some cases, the gender gap in electricity use persists for years after gaining access, even in relatively wealthier households.

For energy access to benefit women, policies need to be “gender-aware”, that is, they must account for social hierarchies and differences in energy use among men and women. As an example, a gender-aware policy would take into consideration that women in rural India often do not own land. So, men are likely to control and benefit from renewable energy systems that require land (say, for solar panels).

India’s Pradhan Mantri Ujjwala Yojana, which provides LPG connections to poor households, has incorporated gender considerations. With a focus on the “health of women and children”, it stipulates that connections must be issued in a woman’s name.
Nepal’s Alternative Energy Promotion Centre has a Gender Equality and Social Inclusion Policy that sets guidelines for the inclusion of women. While implementation gaps in both have had mixed outcomes, gender-aware policies are a significant step to ensure women get their due from energy access.

As the Nature study shows, we cannot view renewable energy in a vacuum. The conversation about renewables has largely been siloed—there is an emphasis on how solar power could reduce emissions, but its diverse ramifications are yet to become integral to policy making.

Distributed renewable energy can transform women’s lives. We need to build upon the connections between energy access, agriculture, water availability and gender equity.

Energy initiatives must create frameworks that power multiple Sustainable Development Goals and mainstream women all along the value chain. With such synergies, we can enable the hard-working Jamnabens across India to mine the sun for gold.

This article first appeared in The Indian Express on March 21, 2021, and is reposted with permission. 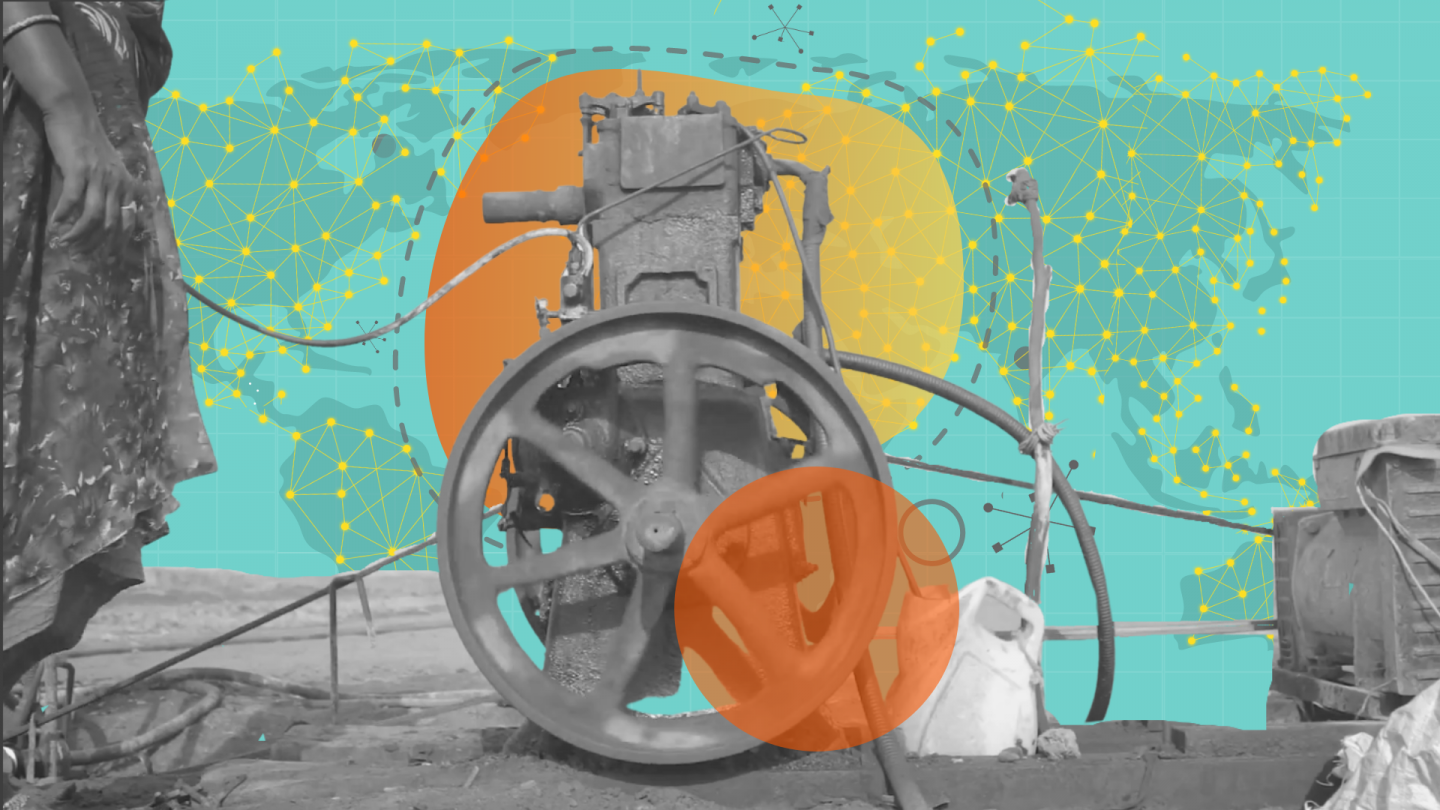