The world has long been at loggerheads over how to move forward most aggressively to combat energy poverty while also avoiding a looming climate crisis. The gathering of world leaders at COP26 presents a unique opportunity to address these twin energy challenges.

By 2030, the cost of renewables will undercut fossil fuels almost everywhere. These transformed power system dynamics present a new opportunity to rethink and revolutionize how we generate and distribute electric power while boosting economic growth and global prosperity.

In this report, we highlight the central importance of galvanizing climate action in the 81 energy-poor countries that are home to nearly half the world’s population. If the world decarbonizes without them, our Energy Poor Left Behind transition scenario illustrates that this group’s share of global emissions could grow from a quarter today to more than three quarters by 2050.

Situated firmly within a climate justice framework, we identify new opportunities for collaborative action to achieve a near-term clean power transition in these countries.

We explore the potential impact of three priority actions:

Together these actions could avoid or reduce 38 billion tons of CO2, while on-ramping billions of people into the clean energy economy. 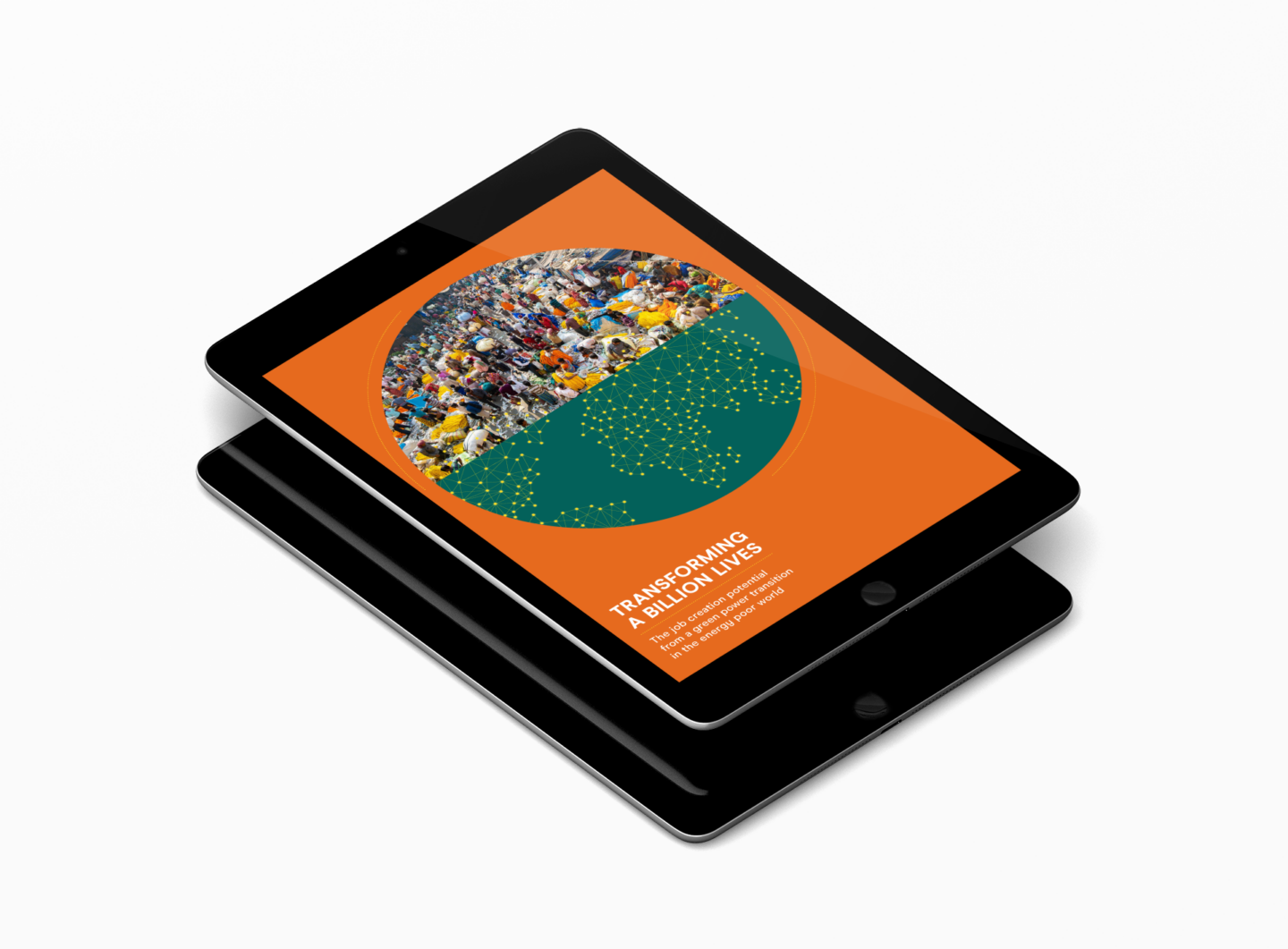 Transforming a Billion Lives: The Job Creation Potential from a Green Power Transition in the Energy Poor World

In “Transforming a Billion Lives: The Job Creation Potential From a Green Power Transition in the Energy-Poor World”, we estimate the job creation that would flow through tapping into the enormous growth potential of clean and distributed energies to end energy poverty to achieve Sustainable Development Goal (SDG) 7 by 2030.