The U.S. Can Lead the Way in Vaccine Breakthrough Reporting. Will It Squander This Opportunity?

In May 2021, the U.S. Centers for Disease Control and Prevention scaled back on the number of vaccine breakthrough cases it would study and report. More data, not less, is critical to understand the epidemiology of SARS-CoV-2 and to measure vaccine efficacy.

SARS-CoV-2 breakthrough infections are extremely rare—documented cases generally occur in less than 0.1% of vaccinated individuals—and tend to cause less severe disease than infections in those who have never been vaccinated. Timely information about these infections is crucial to our understanding of the clinical and epidemiological implications of the breakthrough cases. There are many reasons for vaccine breakthroughs, each of which has important and varying implications:

The CDC reported that between January 1 and April 30, 2021, 10,262 breakthrough infections had been voluntarily reported in 46 U.S. states and territories. Of those infections, 27% were in asymptomatic individuals, 10% of infected people were known to be hospitalized and 2% died.

Sequencing and sharing information about viruses associated with breakthrough infections is a public health priority. Doing so can provide an early warning of the emergence of a known or novel virus variant that can bypass immunity conferred by the vaccines currently in use. This is critical to know early to guide public health guidance and to inform scientists of the need to consider modifying the vaccine formulation or to administer a booster dose of existing vaccine. Of the positive vaccine breakthrough infections that were sequenced to date within the United States, 64% were identified as variants of concern.

In addition to the number of vaccine breakthroughs, six states report sequencing results identifying viral lineages of the breakthrough infections on their public pages.

Other U.S. jurisdictions have reported on vaccine breakthroughs just once, on an irregular basis, or only in certain parts of the state, also with varying levels of detail.

In many states, public information about vaccine breakthrough cases is only available via media reports, which may be incomplete or even biased. Some states do not make the information public at all.

The best approach to controlling the Covid-19 pandemic is through widespread vaccination. The study of vaccine breakthrough infections is one way to ensure that vaccination is, and will continue to be successful.  By thoroughly investigating viruses that apparently breach the immunity barrier, we can monitor their prevalence and evaluate potential mechanisms for their occurrence. Knowledge of the virus, combined with clinical and demographic information, can be supportive to a better understanding of how the immune status of vaccinated individuals may have contributed to virus evasion of immunity. Linked data to know which vaccine was administered, and when, can further clarify trends that may be associated with specific vaccines to better inform their appropriate use. Importantly,  sequencing breakthrough viruses will show if a vaccine-resistant variant virus is circulating or a new variant is emerging.

The 10,262 vaccine breakthrough infections reported to the CDC as of April 30 is likely an undercount of the overall number of these cases across the US. As the Maine Center for Disease Control & Prevention points out, “not all cases are investigated to determine vaccine status and it takes time to validate vaccine status, delaying cases being included in the count.“ It is also reasonable to assume that many more asymptomatic breakthrough infections exist than have been detected, as many vaccinated individuals without symptoms are unlikely to seek testing or medical attention. Routine surveillance for vaccine breakthrough is not common.

Of the 10,262 vaccine breakthrough cases submitted to the CDC as of April 30, only 555 of the specimens had sequencing data available. There are numerous reasons for such a low number of sequenced samples, including both technical issues and policy decisions.

On May 1, the CDC transitioned from investigating all reported vaccine breakthrough cases “to focus on identifying and investigating only hospitalized or fatal cases due to any cause.”  The reasons given were to improve data quality and focus on clinically important infections with an impact on public health. The aforementioned lack of sequenceable RNA in samples suggests that the viral load in asymptomatic breakthrough cases is quite low. “The level of virus is so low, it makes it extremely unlikely, not impossible, but very, very low likelihood that they are going to transmit it,” said Dr. Anthony Fauci.

This change in breakthrough reporting policy has drawn criticism from scientists, many of whom argue that every breakthrough infection provides important information. As with infections in unvaccinated individuals, breakthrough infections span the clinical spectrum from asymptomatic to fatally severe. Just as the early pandemic was driven by (untested) asymptomatic infections, some worry that a vaccine-resistant variant could become widespread before it is detected. As more individuals are vaccinated or infected, selective pressure from the immune response may favor the emergence of new variants. Early warning of such an occurrence could be achieved by regular sequencing of a greater number of breakthrough viruses, from the full clinical spectrum, from a diverse population, and in a variety of geographic areas.

Vaccine breakthrough is a rare occurrence, so every bit of information that can be gleaned from such cases will inform scientists about the epidemiology and evolution of the virus. This information would be much more valuable if it were linked to data regarding the vaccination, the lineage of the virus causing the breakthrough, and clinical and demographic information about the infected individuals. Unfortunately, the U.S. health system is ill-suited to connect those dots. States, academic hospitals, and research centers in the U.S. rarely share and aggregate their vaccine breakthrough data, which results in an incomplete picture of the prevalence, spread, and risk associated with emerging variants. This challenge grows exponentially more difficult on a global level.

Coordination requires cooperation, sharing data, and sharing viral specimens. More data is better than less. More connected data is even better. The Covid-19 pandemic is not over, and the availability, transparency, and management of this information is vital to getting the world through this outbreak. Improvements in our global early warning systems will strengthen our ability to detect outbreaks sooner to reduce the risk of another pandemic. 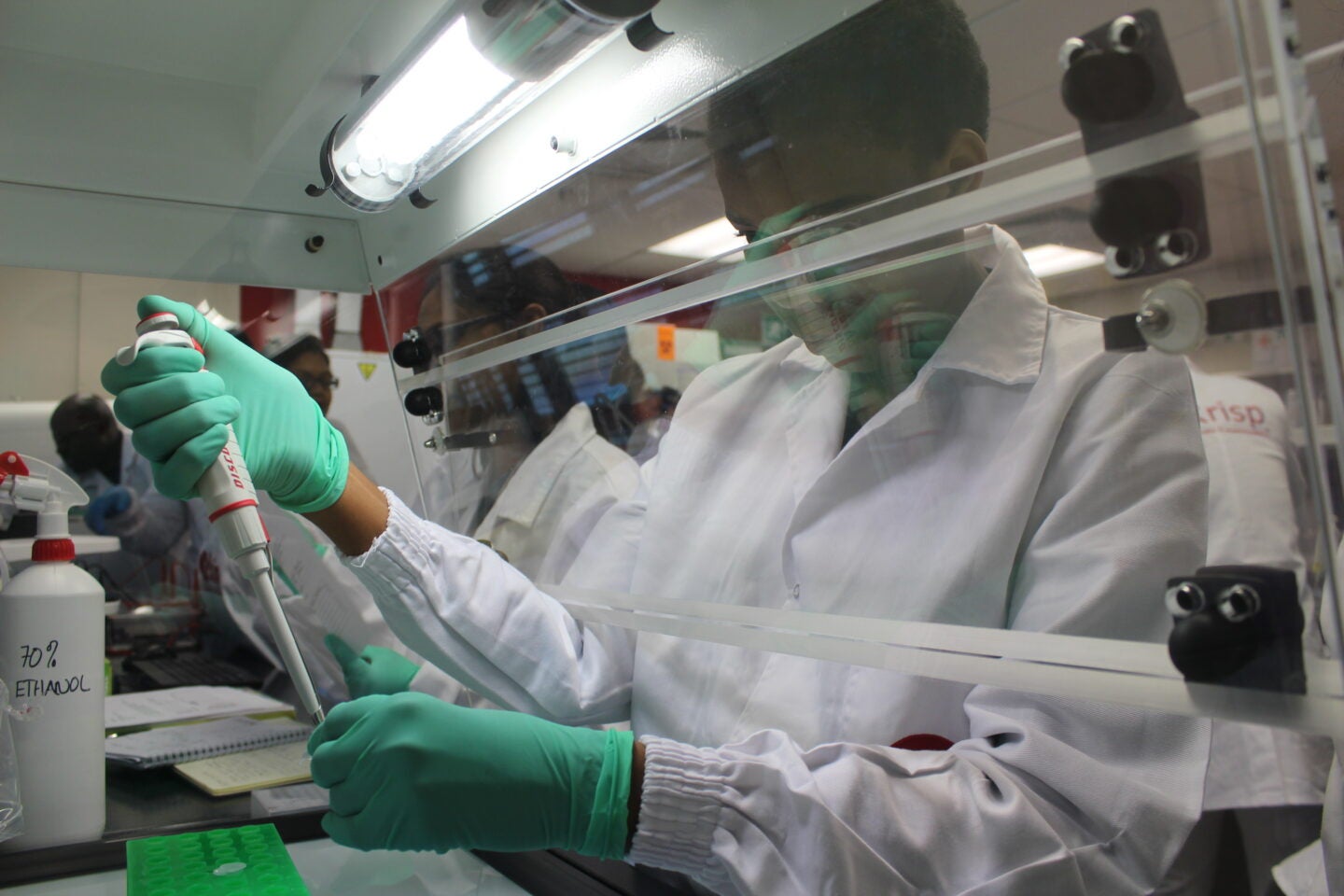 Latest Updates The Pandemic Prevention Initiative is working closely with a global network of laboratories, non-profit organizations, governments, international organizations, and private companies to strengthen global surveillance capacity and provide actionable insights that can protect health and well-being as we learn more about new and emerging Covid-19 variants. The situation with Omicron, emerging variants, and […]