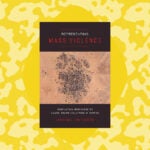 Joachim J. Savelsberg participated in the Bellagio residency program in 2010. During this residency he worked on Representing Mass Violence: Conflicting Responses to Human Rights Violations in Darfur. Joachim is a professor in the Department of Sociology and an affiliate with the Law School at the University of Minnesota. He also holds the Arsham and Charlotte Ohanessian Chair, dedicated to issues of human rights and genocide.

A few words with Joachim

“My time at the Bellagio Center stood at the very beginning of the book’s process. The residency came at a pivotal moment that was to inspire next steps in the research process – allowing me to reflect on the shape the book might take.

“Conversations with other fellows from various disciplines inspired my thoughts on the varying shape that representations of mass violence would take in different societal fields.

“The residency was a collaborative one, together with John Hagan of Northwestern University and Jens Meierhenrich of the London School of Economics. We engaged in intense communication during our time at Bellagio; each took off from that experience into a period of high productivity.

“This productivity included a return to the Bellagio Center, in April 2012, for a conference we had co-organized (“Discourses on Darfur: Science, Law, Media”), at which we assembled policy makers, journalists, lawyers and scholars from the Global North and from the African continent.

“This conference would not have been possible without the preceding residency. It further enhanced our thinking about the conditions under which mass violence is represented, under which discourses unfold, and the consequences they yield for ending periods of mass atrocity.”

How do interventions by the UN Security Council and the International Criminal Court influence representations of mass violence? What images arise instead from the humanitarianism and diplomacy fields? And how are these competing perspectives communicated to the public via mass media?

Zooming in on the case of Darfur, the western region of Sudan, Joachim J. Savelsberg analyzes more than 3,000 news reports, opinion pieces and interviews leading newspaper correspondents, NGO experts and foreign ministry officials from eight countries to show the dramatic differences in the framing of mass violence around the world and across social fields.

Representing Mass Violence contributes to our understanding of how the world acknowledges and responds to violence in the Global South.

To find out more about Joachim’s work, you can visit his website, or you can listen to him discuss his scholarship on an episode of the Society for Armenian Studies podcast.