Ensuring Access to Nutritious Food During the Covid-19 Crisis

As a teenager, Katie Wilson wrote in her diary that if she ever had the chance, she would do anything she could to give voice and opportunity to kids whose suffering passes unnoticed.

Couple that with an inspirational 7th grade Home Ec teacher who emphasized the scientific wisdom of good nutrition along with the values of kindness and inclusivity, and you have a vision of what drives Wilson—and why she sees opportunity hidden in the devastating hardships of this Covid-19 moment.

As levels of child hunger in the United States rise dramatically, Wilson is serving as the first-ever Executive Director of the Urban School Food Alliance, a coalition of the largest school districts in the country that is supporting the distribution of 1.2 million meals daily. 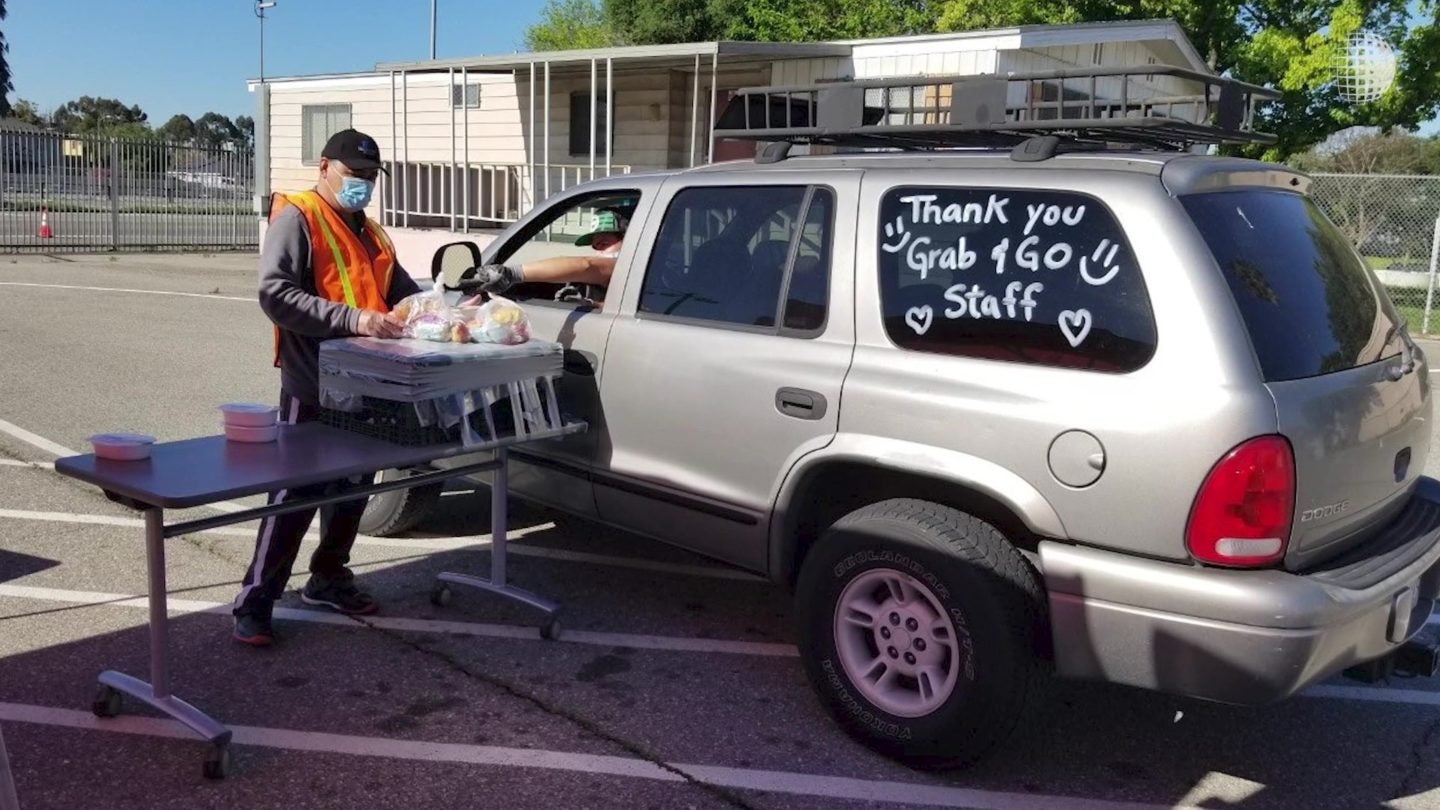 “We had to change our distribution methods drastically and quickly,” Wilson says. “We weren’t set up to be an emergency feeding program.”

With support from The Rockefeller Foundation and the No Kid Hungry campaign, the Urban School Food Alliance announced on April 30 the creation of the Student Emergency Food Access Fund, intended to help schools in the dozen large districts it represents pay for costs to package and transport meals and protect and support staff.

Though rarely recognized, school cafeteria workers are among the frontline heroes, Wilson says.

“When I talk to foodservice workers, I hear the absolute passion in their voices. Many don’t have protective equipment. They ask me, who else would feed these children? We’re not in it because we make big salaries. We’re in it because we care. And that’s the country I want to live in.”

Despite the mammoth effort, though, she knows children are experiencing unprecedented levels of hunger. In households with at least one child under the age of 18, food insecurity has increased 130 percent since 2018.[1] “Normally, we would be serving 3.6 million meals,” Wilson says. “So we know that those daily numbers are drastically down, and probably 20,000 or 30,000 of those 1.2 million are adult meals, as well.”

Wilson grew up one of five children in Wauwatosa, Wisconsin, a suburb of Milwaukee. In college, she took her first cafeteria job—in a hospital, though not yet in food services. Employed instead in the dishwashing room, she recalls, “I had no money, was grateful for the work and dead-set on making the woman who ran the room happy.” That sense of responsibility continues to define her.

“I literally fell into school nutrition,” the mother of two recalls now, speaking from her home on a black walnut tree farm three-and-a-half hours northwest of Milwaukee. “Once I got in it, all of a sudden it was like, oh my gosh, I can make a difference in these lives. We have scientific proof that better nutrition absolutely helps children become successful in the classroom.”

Part of Wilson’s mission from the start was to get kids excited about nutrition. As food service director for the school district in West Salem, Wisconsin from 1990 to 2006, she built an award-winning food service system from scratch. It included “Junior Chef”—a two-month-long program for elementary school students that culminated with a professional chef helping students prepare a meal for their families. She also set up learning experiences for children such as preparing a medieval-style meal for sixth-graders and a Civil War-era meal for eighth-graders.

This creativity and her deep nutritional knowledge has won her many fans, but she approaches her work from the position that listening to others is important. Her best leadership lesson, she says, came during an earlier job in a rural school district from an 82-year-old employee who said: “We know you know a lot about food service, but when you come in, especially in a moment of crisis, to help us, can you stop for just a minute and say hello first?” 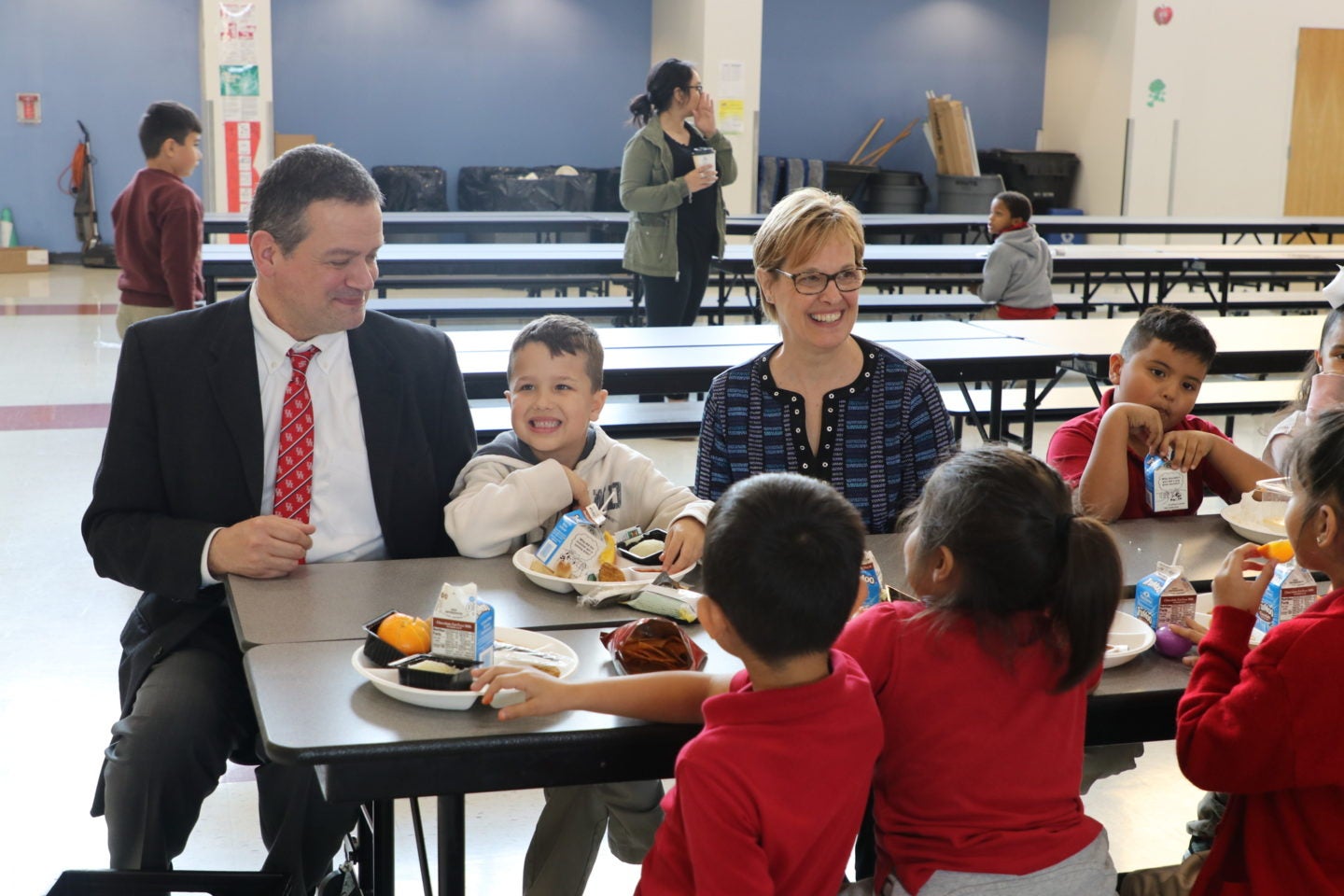 With her extensive on-the-ground knowledge from school districts, Wilson pivoted to policy and government work. At the U.S. Department of Agriculture from 2015-2017, she was Deputy Under Secretary of Food, Nutrition and Consumer Services, and before that she served five years as Executive Director of the Institute of Child Nutrition.

Perhaps her deepest professional impact may come in two areas: developing and promoting policies aimed at making sure all kids get nutritious lunches and supporting the teams that provide those meals. “My proudest moments in this crisis are giving these folks a voice,” she says of the food service workers. “They are absolutely drowning trying to keep their community fed.”

As for school lunch policies, she decries “our stigmatizing approach to free lunches. We provide so many things in school, and then when it comes to food, suddenly we ask about family income. But the truth is it doesn’t matter what your family income is–you don’t always have access to food and to nurturing. And kids don’t need just access to good food—they need access to good food with dignity.”

The possible silver lining to this moment, Wilson believes, is that policymakers may finally be motivated to approve universal free meals in public schools, a step she believes is absolutely critical.

Now is the moment. We’re one of the wealthiest countries in the world, we have food everywhere, and yet we don’t have the mechanism to get the food to those who need it. With universal free meals, this challenge would be easier. And so would every regular school day.

The number of children and families who experience food and nutrition insecurity is expected to increase because of the economic downturn and the surge in unemployment due to the Covid-19 pandemic. #MeetingThisMoment will take all of us working together to ensure that children and their families who depend on school meals can access nutritious food. […]

The Urban School Food Alliance was created by school foodservice professionals in 2012 to address the unique needs of the nation’s largest school districts.