Working in Crisis for Rapid Impact and Systemic Change

Abhinav Verma can pinpoint the day he realized that the team he leads in New Delhi, working over the last year under a Rockefeller Foundation grant to support the Health Ministry in developing national digital strategies, was being propelled into an all-hands-on-deck effort to alter the course of Covid-19 in India.

“It was 8 a.m., a morning in early March. I had just woken up when I got a call asking, ‘Why aren’t you in the office?’” recalls Abhinav, a fellow with the University of Chicago Trust’s International Innovation Corps (IIC). “I usually arrived at 10, so I was surprised.” Rushing into work, he learned his team was needed to help make a Covid-19 presentation that could be delivered within hours to senior government officials.

That first coronavirus-focused day lasted about 14 hours. Then came another, and another.

Soon, recognizing the durability of the Covid-19 demands, Verma and his team made strategic decisions about how to pivot and expand their work. They weighed how to provide the most impactful immediate contributions while continuing to develop frameworks for technology and innovation as a future backbone for the Ministry and simultaneously navigating a countrywide lockdown.

THE BLUEPRINT
THE CHALLENGE

Driving Systematic Change During a Crisis

Details of what the unit is doing now cannot be revealed due to a confidentiality agreement with government partners. But the story its members tell in a series of interviews provides a model for how teams can refocus in crises and still support longer-term transformative work. 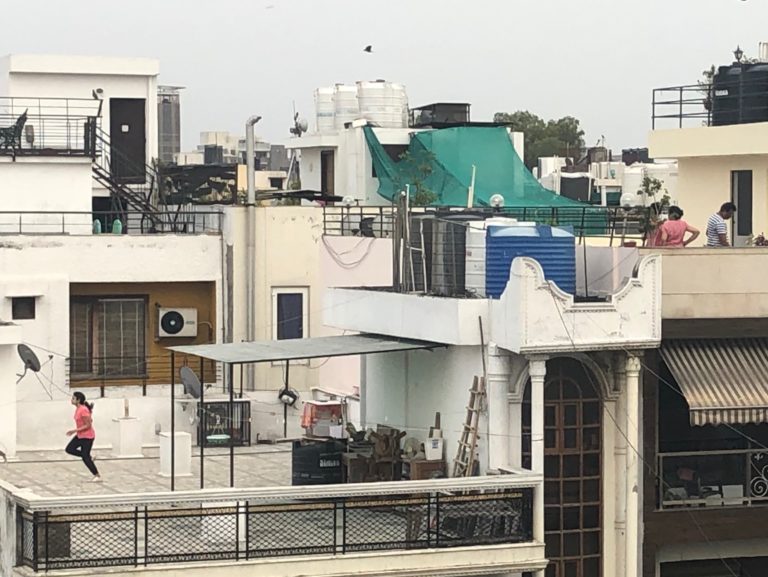 The government-ordered lockdown is currently set to last until May 3rd, and an Oxford University government-response tracker ranks India’s measures as among the most stringent in the world.

But with 1.3 billion people, India faces specific vulnerabilities in fighting Covid-19. Last year, according to the World Health Organization, 14 of the world’s 20 worst cities for air pollution were in India; researchers say poor air quality may be associated with higher death rates.[1] Additionally, WHO estimates that nearly one in eight Indian adults have diabetes,[2] which is considered a risk-elevating condition. 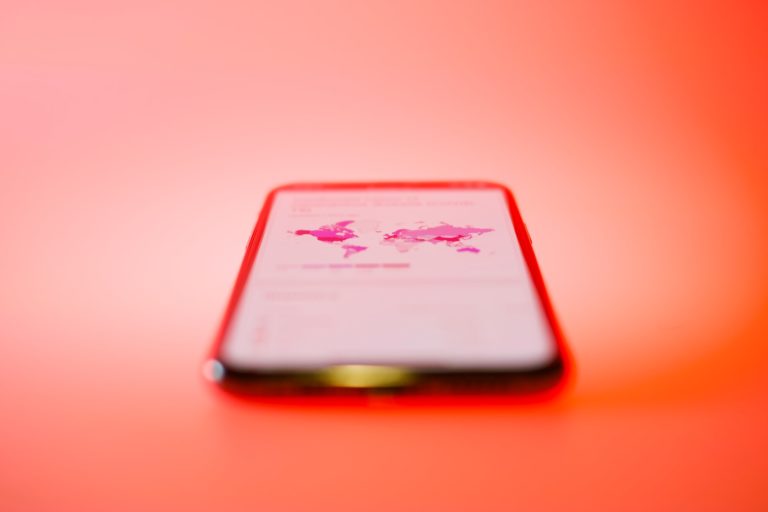 The partners with whom Abhinav’s team works are at the heart of determining and communicating the country’s coronavirus strategy.

“In the beginning, sometimes we were doing tasks as small as writing a letter. But then the letter would be distributed across India, so the importance even of that task was immense,” Abhinav says. “Now, some of the work is super tangible where we are the feet and the legs and the arms, and some of the work is very invisible, but we believe it is vital.”

In general terms, the team analyzes data, compiles international research, creates partnerships across the healthcare ecosystem, collates critical information such as field preparedness, evaluates apps being used by the public to understand the crisis, and itemizes misinformation that may be gaining public traction, among other things.

They also surveyed Rockefeller Foundation partners across sectors in India to determine steps taken and challenges faced in response to the pandemic, with the goal of exploring cross-collaborations. Among international partners, they notably tapped into learnings from ACCESS Health International because of its work in China beginning with the initial Wuhan outbreak.

“Basically, we try to make sure the right kind of information is available to our partners at all times,” says the IIC’s Director of Projects Shriya Sethi, who oversees this and nine other IIC projects.

For instance, one deliverable Abhinav worked on with Project Associate Yukti Sharma was to compile over 100 COVID-19-related technical solutions being used around the country.

“We also worked on a project to help coordinate efforts around the country to deal with problems arising from the pandemic. People have good hearts and everyone is trying to build solutions. But we can use our skills to help the solutions reach scale and avoid duplication of efforts.”

Taking a step back from the crush of daily demands, Shriya and Abhinav analyzed their staffing needs. First, they needed to make sure every team member would continue to participate in the project. Project Associate Samuel Neufeld had arrived from the U.S. in late February, less than two weeks before it became clear that the country was going to lock down.

“Ninety percent of the Americans I knew here left within the span of five or six days,” Samuel says. “That was a challenging week for me, because I had a pretty important decision to make. I came to the conclusion that a chance to be part of this response effort was for me gratifying.”

With everyone still fully on board, Shriya and Abhinav realized the team nevertheless required more immediate support, so they reached out to public policy students, offering them internships, and more than doubled the size of the team from four to 11.

Then they had to allocate responsibilities, deciding who would pitch in on Covid-19 and who would focus on moving the needle on the broader digital health work that was part of the original grant. “Some of us needed to do some long-term thinking, while others dealt with immediate crises,” Abhinav says. “Everyone is contributing so that everything the government wants gets done.”

Distributing the workload was in part a function of deciding who would strictly observe the lockdown and who would commute daily into the ministry. Shriya and her husband have two small boys, ages five and eight. Her parents and in-laws said if she continued to go in to the ministry, they would not want in-person contact. Nevertheless, Shriya decided she couldn’t send in part of her team without being willing to go in herself, and that their children were low-risk.

Abhinav, on the other hand, lives with his parents, one of whom is immune-compromised, so the decision was made that even as team leader, he would work remotely. He still spends much of his day working on Covid-19 related issues. “Some days I’m on calls and it never ends; they go on until 8 p.m. and it feels like I didn’t do anything, just spoke,” he says. 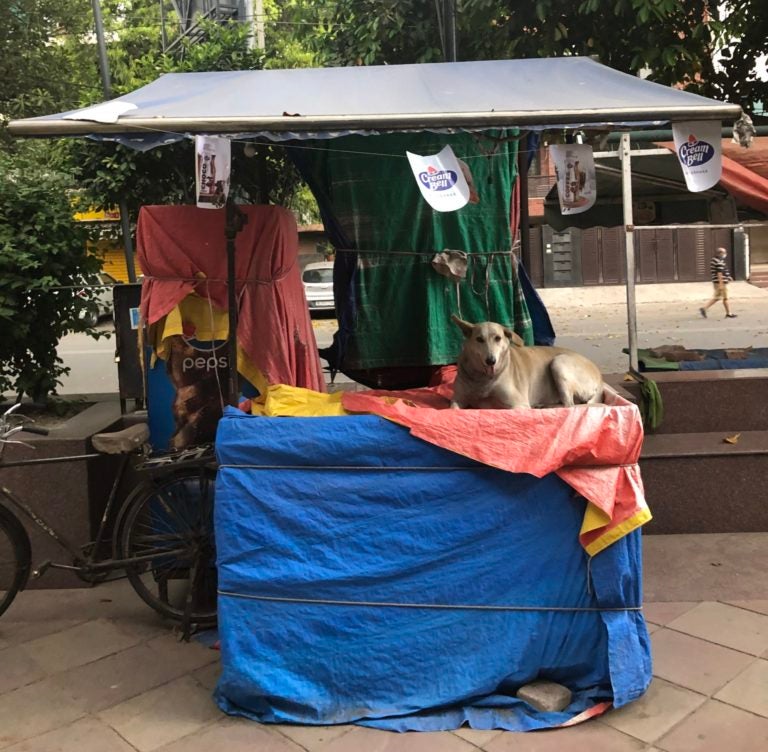 But the distance works to some advantage by giving him additional latitude to strategize. Currently he’s also writing about public health issues and preparing for webinars this spring that will spotlight some of the work of the original grant. He thinks the pandemic has made the incorporation of digital and AI work into India’s health system that much more important. “We need to be thinking about how AI can predict and combat the next coronavirus, and how it can design for genome sequences to help find a vaccine much more quickly.”

Even beyond Covid-19, Abhinav would like to see more data tools for India’s frontline community health workers, who are mostly women. “It would be great to have AI list which cases are highest priority in terms of risk and determine the most optimal route to get the health care workers to whoever needs them most,” he says.

Lessons learned from this time, Abhinav says, include that “we should try even more quickly to sit back and assess which pieces best align with our backgrounds, where we best fit in. But when a crisis hits, you just get involved in everything.”

“Working on Covid-19 is a milestone. Everyone is needed,” agrees Krisstina Rao, Project Associate, who came to IIC trained in design thinking and communication for social impact.

“Sometimes it is just ‘I need this done, you are in front of my eyes, you do it.’ Other times we get to be in the background, introducing tools and research,” Krisstina says. “The longer-term efforts on digital integration moves more slowly, but at the very least we will have developed policy recommendations. And we are all happy to be doing meaningful work on something of importance.”

Learn More About The IIC