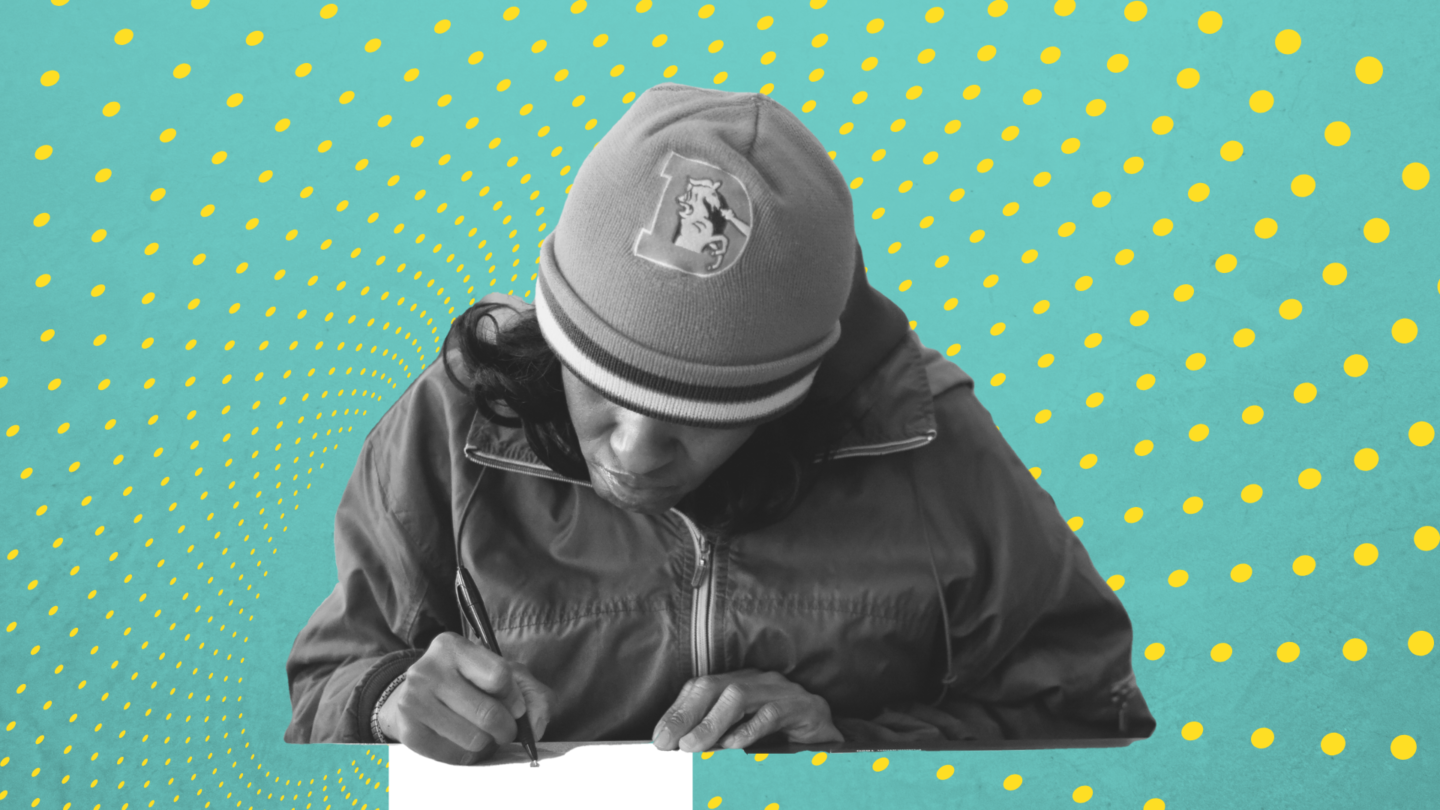 Courtney O’Reilly, director of Tax Help Colorado, took the call. On the line was a single mother of two from Denver, and she was desperate and scared. Her landlord threatened eviction due to nonpayment and, in the midst of a pandemic, she didn’t know how she would find another place to live.

“She was like, ‘I just need the stimulus check, but they said to also upload these documents,’” O’Reilly recalls. “She had no idea, but it turns out she qualified for EITC (Earned Income Tax Credit.) When I called her back to tell her, she began to cry. She said, ‘Can you write a letter for my landlord so he doesn’t kick me out next week?’ I knew it was a life-changing moment for her. And that’s why we’re here.”

O’Reilly, currently working her ninth tax season, tears up as she recalls the conversation. It hits close to home; she herself was the child of a single mother who received EITC. “That’s why we did my school shopping in February,” she said. “I’m very much attached to families with young children, knowing the impact it had on our lives.”

"Get Your Refund" Initiative Has Lasting Impact on Families

Tax Help Colorado, part of the IRS’s Volunteer Income Tax Assistance (VITA) program, provides free service to people making under $66,000 a year. Normally an in-person service, all its centers were shuttered by Covid-19. Still, O’Reilly and her team are able to help Coloradans, and even residents of other states, thanks to the “Get Your Refund” initiative, a partnership with Code for America, the Bill & Melinda Gates Foundation and The Rockefeller Foundation.

Visit Get Your Refund

EITC, enacted by President Ford in 1975, is the country’s largest benefit for workers and one of the few government programs with traditional bipartisan support. President Reagan, who expanded it in 1986, deemed it “the best anti-poverty, the best pro-family, the best job creation measure to come out of Congress.” [1]

Research links EITC to gains for children ranging from better infant health, improved school performance, higher college enrollment, and increases in earnings in adulthood. As a result, the tax credits appear to reduce poverty not only in the near-term but also in the next generation. [2] This can be especially important for black families as the racial wealth gap between black and white families grew from about $100,000 in 1992 to $154,000 in 2016. [3]

In 2019, the EITC boosted the incomes of 9 million women of color. Some 21 percent of black women received the benefit, and another 21 percent of Latina women, compared with 9 percent of white women. That’s largely because people of color are far likelier than white people to work in low-paid occupations, work part-time instead of full-time, and have lower wages within a given occupation, trends that reflect both the legacy of discrimination and continued structural barriers to opportunity. [4] 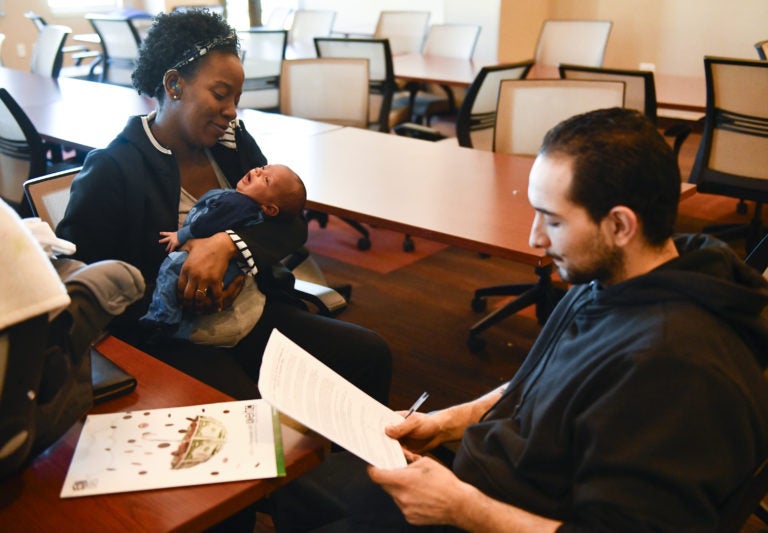 Nationwide, some 25 million workers and families received about $63 billion in EITC last year, in the average amount of $2,476. [5] But about one-third of the eligible population turns over every year, so people may not know they qualify. One in five households eligible pre-Covid 19 did not claim the benefit, leaving an estimated $10.5 billion on the table annually—and that number is likely to climb by next tax season.

Code for America’s technology is aimed at closing the EITC participation gap while making the process to claim benefits clear and easy, thus reducing by 25 percent the caseworker load per client and allowing them to help more clients. The Foundation provided grants of $750,000 in 2019 and an additional $500,000 this year to support the project.

The new software offers both full-service filing of taxes and a light-touch tax assistance option. The launch was intended for four states this tax season, but they added 29 more to meet greater pandemic-linked needs. “We intended to start out with a fairly small pilot. Then Covid-19 hit and we saw our VITA partners were closing their doors,” says Lou Moore, Code for America’s Chief Technology Officer. “We knew we needed to expand to help our partners reach people wherever they were.” 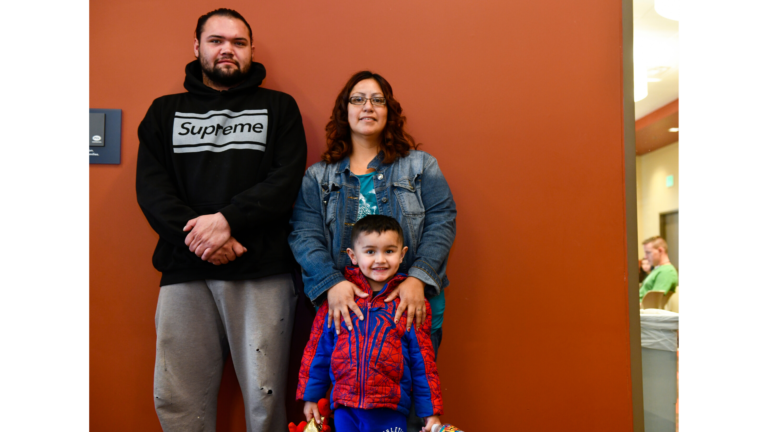 Now, Moore says, “We’re helping as many people as possible in ways we didn’t even think possible, and it’s evolving fast. We’re already positioned to reach tens of thousands of people by July with full-service VITA digital access alone, and with our Do it Yourself option, we’re trying to reach as many of the 9 million non-filers in need of stimulus cash as we can.” 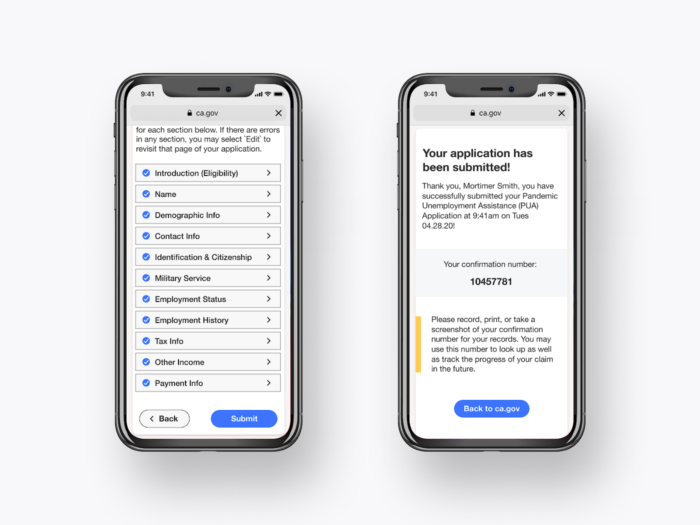 “This work is a terrific example of what user-centered technology in public service should look like. It’s not about replacing humans with technology. Instead, Code for America’s product is helping the VITA volunteers reach more people that need their help, even amid the pandemic. People are playing their part, and so is technology,” says Kevin O’Neil, the Foundation’s Director of Data & Technology, New Frontiers.

The “Get Your Refund” initiative “has weight even beyond numbers,” Moore says. “We’re taking on culture change around the complicated tax process and equitable access to flexible cash available through the tax code.”

Reaching the People Who Need Us Most

The pandemic has underlined the value of the tools Code for America is developing, but even before Covid-19, O’Reilly knew change was needed, in part to reach rural communities. “We have a lot of mountain towns. Tax time is winter, and trying to get into or out of those towns across the Rockies is very challenging,” she says.

Also, analysis over the last few years showed the returns filed by their preparers only included about 30 percent EITC claims, below their target goal of 50 percent. “We felt we were not effectively reaching the people who most needed our services,” O’Reilly says.

Another challenge of providing all services in person: “Sometimes people had to wait four to six hours to meet with our tax preparers,” O’Reilly says, “and that no longer feels free—it’s not free. It’s using other valuable resources.”

Accessible technology has helped speed up the work, though these days, each call takes a little longer than it might have a year ago. “We usually have an efficiency window,” O’Reilly says. “But now we need to take more time. People are missing human connection. They want a longer conversation. They want to talk to you about what’s going on in their community.”

Those are exactly the kind of conversations, though, that drew O’Reilly to the work and inspire her, even as director, to keep pitching in to handle the caseloads. With a taxpayer on the phone line, she says, “it quickly becomes a really personal conversation. After all, you’re talking about incomes, expenses, relationships. That makes all the normal barriers come down.”

One challenge has been building trust, especially during the pandemic. “People are uploading personal documents to someone they don’t know,” she notes. “We want to assure folks that, while paid preparers don’t need to be certified, our preparers all are highly trained, which is why we have high accuracy rates—above 95 percent.”

O’Reilly’s team has made a focused effort, through education and outreach, to try to connect with some of their states most vulnerable. “We’ve been working with immigrant and refugee groups to build trust,” she says. “Some are paying exorbitant prices to file their taxes because they are approached by someone who knows their language and culture. They don’t need to do that—they can come to us.”

Code for America uses the principles and practices of the digital age to improve how government serves the American public, and how the public improves government.