When Amy L. Blouin was a divorced mom with two sons in diapers, years before she became the founder and CEO of the Missouri Budget Project, she learned firsthand what the Earned Income Tax Credit (EITC) meant to young families.

“I remember carefully calculating my bill as I put food in my cart in the grocery store,” she says. “We were lucky; we never went hungry. But the federal EITC made a big difference. It provided money for car repairs, or clothes for my growing kids, or a bed when they needed to move out of a crib. It was money we utilized immediately.”

This experience informed Blouin as she began advocating for a Missouri state EITC in 1996 and then founded her nonprofit in 2003, with legislative passage of a state EITC as one of its top goals. The Missouri Budget Project advocates for fiscally responsible public policies that make opportunity universal for all Missourians, particularly the most vulnerable who often don’t have a voice in policy decisions.

This Spring, after a quarter century of Blouin’s efforts and with backing from a number of donors including The Rockefeller Foundation, Blouin was able to declare victory.

The Missouri legislature passed an EITC in May, joining 29 other states, Puerto Rico and the District of Columbia. In 2023, eligible filers in Missouri will receive a credit worth 10 percent of the federal EITC, which is expected to benefit an estimated 250,000 families, including 409,000 kids, according to the Institute on Taxation and Economic Policy.

The following year, if the state has increased revenues by at least $150,000—largely through a new tax on online sales—the credit will double in size.

A Boon for Missouri’s Children

Blouin celebrates the EITC legislation as a boon for the state’s children. “The EITC is proven to have significant long-term benefits for families,” she says. “Children do better and go farther in school, and are healthier from infancy through adulthood and have more economic opportunity.”

Tellingly, national studies of impact of state EITCs also have shown a 13 percent reduction in head trauma for kids under the age of 2, and an 11 percent decrease in kids being put in foster care, Blouin noted. This indicates more stable and happier homes.

“Policymakers know the Child Tax Credit supports our nation’s children, but they sometimes need to be educated about how much EITC helps working parents care for their kids,” says Danielle Goonan, Managing Director, U.S. Equity and Economic Opportunity, The Rockefeller Foundation, whose team has focused on educating states countrywide about the impact of EITC measures on low-wage workers. “The Missouri win proves the importance of keeping tax regulation work front and center in states that might be viewed as conservative, and reminds us that flexible grants to advance awareness at the right moment can push change over the finish line when coupled with committed advocates like Amy.” 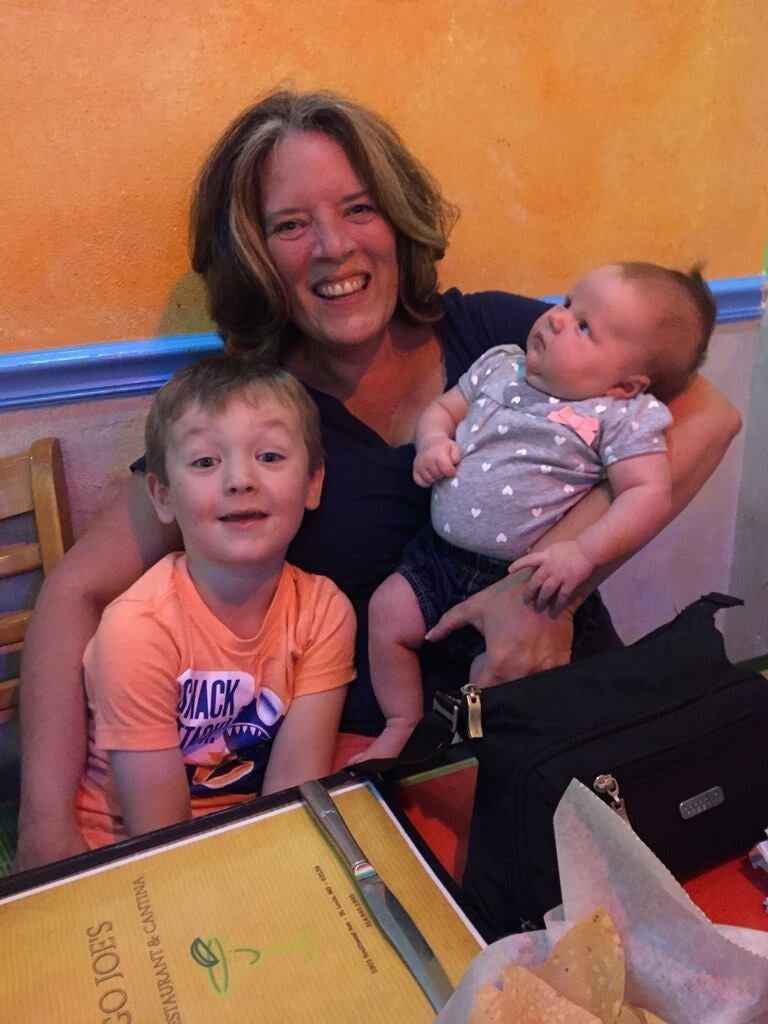 Amy L. Blouin, founder of the Missouri Budget Project, with her grandchildren.

Blouin highlights another gain from the legislative action. The EITC, known here as The Working Families Tax Credit, will help decrease racial economic inequity in the state—at least by a little. 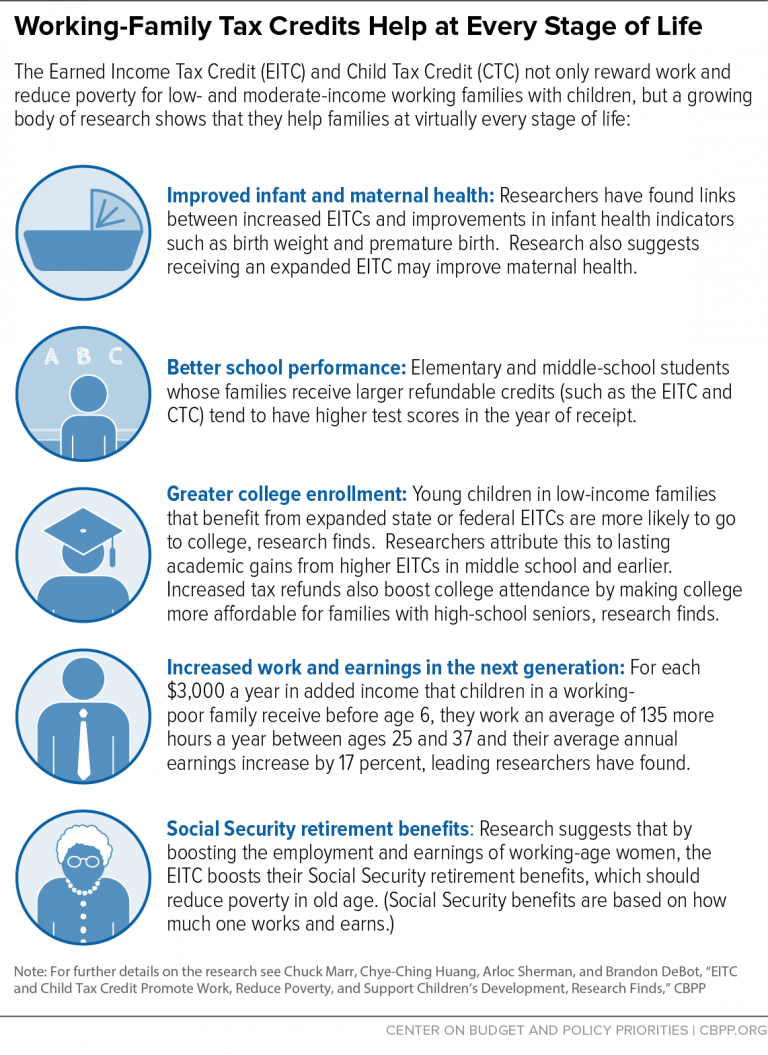 Tiffany Price, 40, of Kansas City, the single mother of four sons ages 18, 11, 7 and 3, knows firsthand how much the new tax credit will help. “Three hundred dollars might not be a lot for some people, but for me it can be stretched out to cover groceries, clothes for my growing boys, extra gas so maybe we can go to the park,” Ms. Price said in an interview. “Any extra money means a lot.”

Her message to the legislators who passed the tax credit: “Thank you,” she says. “But also, maybe you need more parents at the table, so that you can understand our situation.”

Ruth Ehresman, Advocacy Coordinator for Vision for Children at Risk, agrees. She has spent much of her professional career working with and for low-income families in St. Louis, especially women and children, and began advocating for a state EITC back in 1994. She worked at Blouin’s nonprofit from 2005-2012 and, even in another job, remained one of Blouin’s partners in the drive to secure a state EITC.

“Our policymakers give lip service to wanting to do the right things for kids. They do not, however, want to support parents. But we know that the wellbeing of kids really depends on the wellbeing of their parents,” Ehresman said. “We have a name now for the toll that living in constant economic insecurity takes on families. It’s called Toxic Stress.”

The best way to address poverty, Ehresman says, “is to make families less poor, and one proven way is the federal EITC and a state EITC. Through these tax credits, we are giving them the concrete resources necessary to parent well. We’re all in this together. The quality of each of our lives depends on the quality of life of those around us.”

Brian Schmidt, Executive Director of Kids Win Missouri, began his career working with the Missouri legislature to design tax policy, and his organization joined Blouin’s in advocating for a state EITC.

We Can Grow It from Here

One reason it took so long to get an ETIC passed in Missouri is legislative term limits, Blouin says. “EITC is incredibly effective, one of the best anti-poverty tools we have in the tax policy realm. It is better than broad-based tax reductions because it is targeted at the people who need it most. But helping lawmakers understand that is a multi-year process. And because of term limits, we have constantly needed to educate new lawmakers.”

The coalition is what eventually helped get it through, including the partnership between Blouin’s nonprofit, Vision for Children at Risk, Kids Win Missouri, and the St. Louis chamber of commerce, called Greater St. Louis Inc. One reason for the chamber’s full-throated support of a state EITC? “Studies have shown that people spend that money in their local communities almost immediately,” Blouin says. 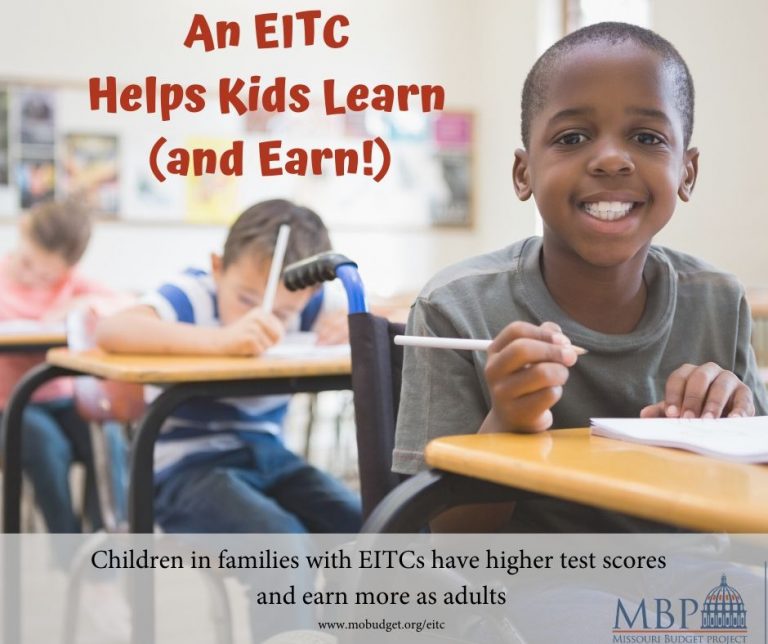 Blouin notes that even with the long advocacy fight, state anti-poverty activists did not get everything they wanted in the new measure, particularly that it is not a refundable tax credit. “Still, at least we got it going,” she says. “It’s a good start for people. We can grow it from here.”