Why 2 billion people remain locked out of the global economy

Reliable access to energy is the foundation of modern living and all modern economies. However, millions of people around the world still live without access to any electricity, and billions more live without enough energy to become prosperous, competitive, and climate-resilient. To lift all people out of poverty, we must raise global ambitions and aim for the next step on the energy ladder. The Modern Energy Minimum is that next step. Scroll down to find out why.

Countries with higher income per person consume more electricity (this is shown by the positive trend line.

All high income countries today have annual electricity consumption above 3,000 kWh per capita.

The median for high income countries is 6,720 kWh.

Fast-developing nations like Vietnam and Korea clearly illustrate the strong positive relationship between income and electricity over time.

This trend holds across regions as well as through time.

The data shows a very tight and consistently strong correlation over the entire period.

The current threshold for energy access is extremely low.

A household is considered to have energy access once annual electricity consumption reaches 50 kWh per capita in rural areas and 100 kWh in urban areas.


These levels of electricity consumption correlate with incomes of just $0.27 and $0.57 per day.

100 kWh is more of an extreme energy poverty line, than a target for development and greater incomes.

100 kWh is the amount of power the average U.S. household uses in just 3 days.

The 100kw energy access threshold only covers residential consumption. But this only accounts for 29% of all electricity consumed.

It does not cover non-residential consumption, like industry & commerce, agriculture and transportation, which account for the majority of electric consumption.

Lack of reliable power is a leading constraint to job creation and economic growth. Particularly for less developed regions like Sub-Saharan Africa and Asia.


The current energy access metric is only the very first step on the energy ladder.

We need a second step, better aligned with pulling people out of poverty and into the middle class. This needs to be both higher than 100kWh and broader than only household use.

And add another 700kwh for non-residential consumption

The evidence is clear: the world must urgently deliver access to electrification for all. But to truly empower people to live better lives, reach the middle class, and be resilient to climate change, we must raise our global energy ambitions.

The Modern Energy Minimum offers a better way to track progress consistent with broader development goals related to employment and equality, while also helping to reveal where hidden energy poverty is holding people back from achieving their full economic potential.

The next step is for influential international bodies to adopt and operationalize the Modern Energy Minimum, starting with the collection and reporting of data. Adopting this new metric will help to ensure that international efforts to end energy poverty result in just, meaningful and sustained development outcomes. You can download and read the full report below. 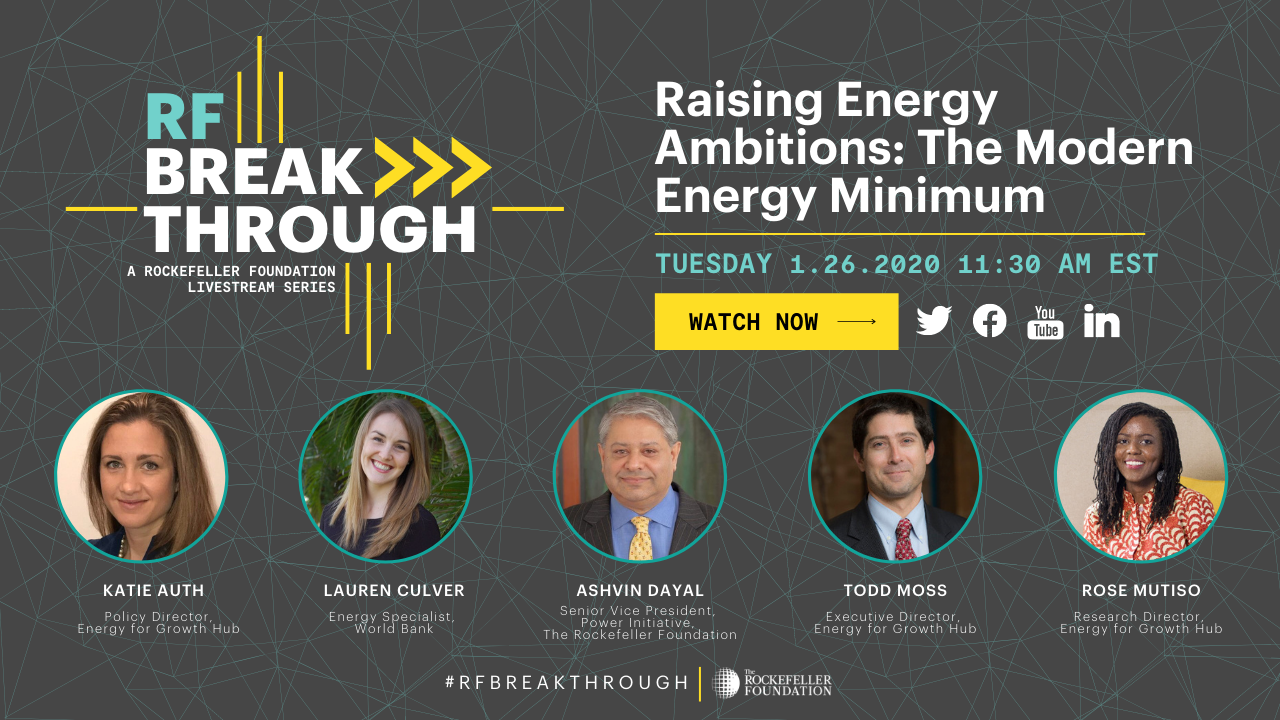 Energy is fundamental to modern living and economic prosperity. The current global crisis has exposed stark inequalities and raised the urgency of providing modern energy for everyone. Energy is a prerequisite to both recovery and to long-term development goals. Sustainable Development Goal (SDG) 7 calls for “access to affordable, reliable, sustainable and modern energy for […]