The tyranny of the sunset. It’s a phrase used by Smart Power India CEO Jaideep Mukherji to describe the constrained lives of some 840 million people around the globe who live without electricity, and the hundreds of millions more who lack reliable access.

Energy poverty guts their ability to gain an education or and receive adequate health care and it increases physical insecurity, especially for women and girls. Without reliable electricity people stand little chance of earning a living and connecting into increasingly integrated supply chains and markets at home and around the world.

“They’re not just in the dark; they’re in the dark about their human potential,” Mukherji says.

Savitri Devi of rural India was among them. Married at 14, she focused her hopes for her future on sewing. But as long as she was reliant on a foot-pedal machine, she couldn’t sew fast enough to make a living. Besides, after a day of work, her body ached and she had trouble walking.

Then The Rockefeller Foundation founded Smart Power India (SPI), bringing solar-powered microgrids to villages like Devi’s across the state of Uttar Pradesh, along with a bold theory: to be sustainably lifted from poverty, people must have access to reliable, productive electric power.

In Devi’s case, the thesis proved true. “My God, what used to take hours to stitch, slowly, slowly, I can now do in 40 or 50 minutes,” she says. For the first time, she earned a living making clothing. Now she also teaches young women to sew.

The collaboration that delivered power to Devi, and 250,000 others, began in 2015 in India’s three least-electrified states: Uttar Pradesh, Bihar, and Jharkhand.

Then, in November 2019, the Foundation partnered with Tata Power to form a new company, TP Renewable Microgrid Ltd. (TPRMG)

TPRMG, with technical support from SPI, will take the microgrid model to an unprecedented scale. The company aims to set up 10,000 microgrids by 2026, reaching 25 million people, creating 10,000 new green jobs, delivering irrigation for 400,000 farmers and supporting 100,000 rural enterprises from sewing collectives like Devi’s to post-harvest processing businesses and water purification facilities that supply potable water to communities.

“The philanthropic-private partnership is an essential ingredient to make this possible,” says Ashvin Dayal, senior vice president of the foundation’s Power Initiative. “Traditional utilities are losing money with that last mile of electrification. Our role is to say that we are willing to de-risk a large corporation if it is truly in service of our mission, which is to improve the wellbeing of humanity around the world.”

In terms of speed and cost, the experience is paying off. With the earlier collaboration, it took over five years to build 250 microgrids. With TPRMG, the first 100 microgrids will be operational in about six months. And although microgrid power remains more expensive than power from the main grid, which is heavily subsidized and often unreliable in rural areas, the price has decreased from 20-30 rupees per unit to about 16. That is nearly half the cost of diesel, which is the primary source of power in many rural communities.

The earlier work of SPI showed that access to dependable electricity was especially important for rural enterprises, boosting their quantity, type, efficiency, and scale.[1] New businesses sprang up and existing enterprises experienced, on average, a more than 40 percent increase in monthly revenues.

Climate and health benefits also stem from clean, affordable, reliable energy. By replacing diesel, TPRMG will cut carbon emissions by 1 million tons per year and reduce the amount of diesel burned by 57 million liters annually. There will also be direct health benefits to communities with solar powered microgrids supporting water treatment plants, and providing rural health clinics and doctor’s offices with reliable power for medical procedures and diagnostic testing. A study from SPI showed that as 23 reverse osmosis water-treatment units were established at microgrid sites, there was a nearly 30 percent drop in the incidences of stomach infection among children in community households.

On top of that, the Foundation’s rural electrification initiatives advance gender equity objectives in a variety of ways, from making women safer on lit streets to allowing girls to study at night and for more women-led businesses to grow and thrive.

“For women everywhere, and particularly for women in rural communities, being able to generate and control their own income is really what makes the difference in terms of being able to control their own lives,” says Suman Sureshbabu, director for the Foundation’s Power Initiative. “It’s incredibly transformative for women’s freedom, for their equality, for their ability to advance in society.”

Devi puts it this way: “The way I suffered, depending on other people, I won’t let that happen to anyone else. The time is over when a daughter can’t make money or go anywhere. I believe—and I teach—that a girl can do any business with electricity.”

The link between energy access and economic development today is even clearer.  Data analysis shows that communities around the world locked out of the energy economy are unable to rise out of poverty.[2] The United Nations’ Sustainable Development Goal 7 acknowledges this and aims to correct the enormous energy imbalance by ensuring everyone has access to affordable, reliable, and modern energy by the year 2030.

“Poverty and energy poverty go hand-in-hand,” says Rockefeller Foundation President Dr. Rajiv J. Shah. “And that means if you have access to electricity and you’re using it more and more, you’re actually moving yourself and your community out of poverty.”

The Rockefeller Foundation believes that decentralized renewable energy is our best opportunity to end energy poverty. “For more than a century and a half,” Dr. Shah told an audience at Oxford in 2019, “we’ve all had the mindset that achieving energy access requires building large power plants, connecting them to centralized grids, extending those grids and the services they provide via quasi-public utilities to every single household, every single business, every single enterprise. The reality is that model has worked in some places but in large, large parts of the world, it simple does not work.”

The Foundation also is betting that its latest project, TPRMG, will be a catalyst for worldwide collaboration between governments and the private sector that will provide access to hundreds of millions of people over the next decade. As the off-grid sector scales up, sub-Saharan Africa is an increasing priority. While energy poverty remains a global challenge, nowhere is the challenge more acute and likely to persist than in sub-Saharan Africa, where 573 million people, or 55% of the population, currently have no access to electricity.[3]  In rural areas this figure rises to 77% and if current trends hold, the number of non-electrified Africans will increase by 2030, as population growth outpaces the expansion of electricity lines.

TPRMG is part of the Foundation’s deep commitment to address energy poverty around the world. In the fall of 2019, The Rockefeller Foundation also announced the launch of the Global Commission to End Energy Poverty in collaboration with the MIT Energy Initiative to fast-track sustainable power solutions, investments, and partnerships over the next decade.

While policy discussion continue on a macroscale, lives are already being changed, community by community, family by family as more microgrids are built. Since the microgrid arrived, Devi says the women of her village are “tied together in a single string. The things that seemed impossible, we are able to make happen. There was no light before. But now there is light everywhere.” 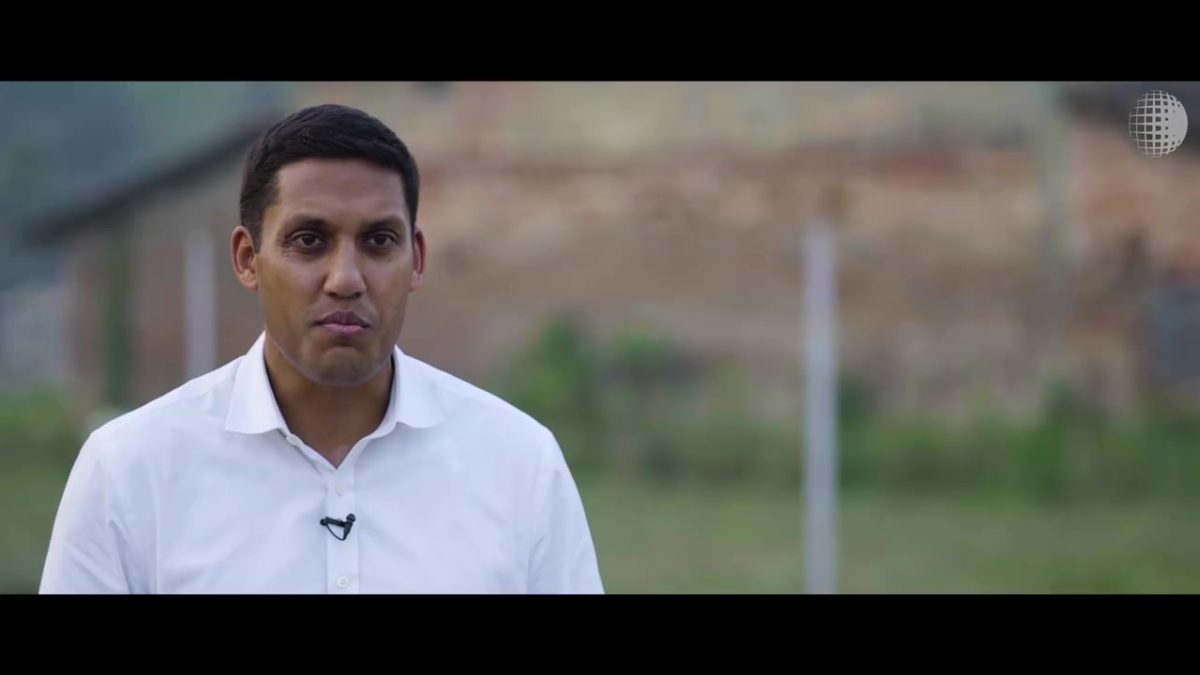 Tech & innovation can transform how rural people get power. Our president, Dr. Rajiv J. Shah, takes you behind the scenes of a mini-grid in Bihar, India. Our new collaboration with Tata Power plans to take this to scale and lift 25 million out of poverty.
Back to Top
We use cookies to offer you a better browsing experience, analyze site traffic, personalize content, and serve targeted advertisements. Read about how we use cookies and our use of data by reading our new Privacy Policy. If you continue to use this site, you consent to our use of cookies.
Tweet
Share
Tweet
Share
Tweet
Share
LinkedIn