The Struggle for History and Freedom in Our Country is Ongoing

Marsha Darbouze, a 19-year-old pre-med student at Columbia University, falls silent when asked about her emotions at this historical moment as protesters from all backgrounds stream through American streets expressing anguish and anger over generations of racial injustice.

So after a pause, the conversation turns to other things. She talks about her performance as a 16-year-old student at The Young Women’s Leadership School of the Bronx, when she wrote and recited a poem from the viewpoint of Rhode Island, the last of the original 13 states to sign the Constitution.

“I love the quote ‘dissent is patriotic,’” she says. “We have to always challenge the structures around us; if we just sit complacent, nothing will improve.”

When asked, she confirms that she still writes poetry, and finally that yes, she has written about this moment. Acceding to a request, she finds the poem on her laptop and reads it aloud.

In explaining her silence, it also expresses her voice. 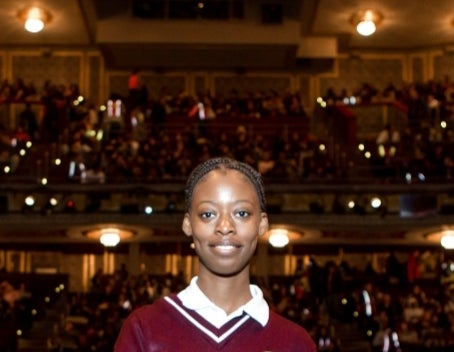 “I Hope It Continues Forever”

Darbouze was a student participant in the EduHam, the education program created by the Gilder Lehrman Institute of American History in partnership with The Rockefeller Foundation and the producers of the megahit Broadway musical “Hamilton.” Using source documents along with music, rap, poetry and performance, EduHam encourages students to both engage in historical research and value their own voices. 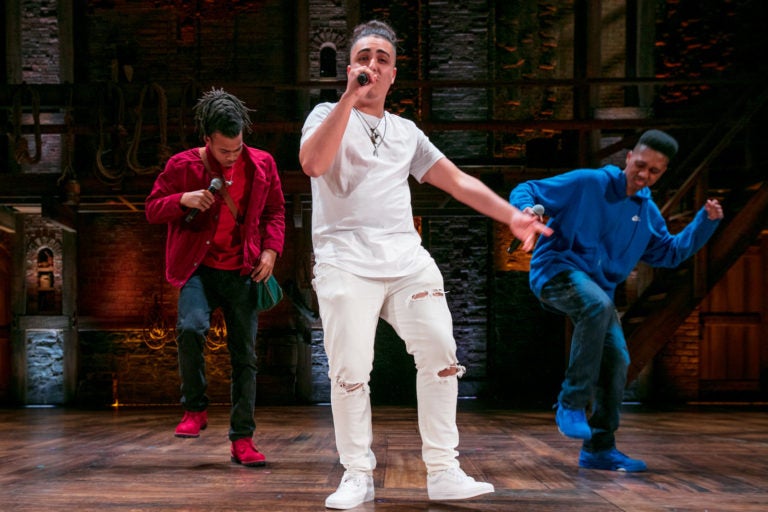 “‘Hamilton’ has enabled students today to connect with the Founding Era and claim it for themselves, to retell its stories in their own language, to feel inspired by actors who look like them, and to discover that idealism and activism mattered to the Founders as much as they matter to us today,’ said the Institute’s president, James G. Basker. “While refusing to ignore problems around equality, racial justice, and historical memory in the performance pieces they create, the astonishing response of students to ‘Hamilton’ should give us hope for the future of our country.”

Darbouze puts it this way:

“The program made me more confident in analyzing the past and seeing how you can turn it into something of your own. I hope it continues forever.”

If those involved with EduHam have their say, it will.

“Hamilton” is the story of Alexander Hamilton, an immigrant from the West Indies who became George Washington’s right-hand man during the Revolutionary War and was the new nation’s first Treasury Secretary. The musical’s score blends hip-hop, jazz, blues, rap, R&B, and Broadway. The show won both the 2016 Pulitzer Prize in drama and the Tony Award for best new musical, and pre-pandemic, its productions routinely sold out. A live filmed capture of the show streams on Disney Plus beginning July 3.

EduHam was launched in 2016 to engage 250,000 high school students and teachers in low-income areas throughout the country. Students use source documents to research historical figures or events and create their own performance pieces, which they present at a culminating event at a theater that includes seeing a matinee performance of the musical followed by a Q&A with cast members.

Scheduled to conclude in December of this year, EduHam on tour managed to reach 38 states plus the District of Columbia with over 182,000 participating students and teachers before Covid-19 shut it down. But the Foundation-supported expansion of the program into EduHamOnline, broadened to include middle schools, was already in the midst of its pilot year, being used in 73 schools in 43 states.

EduHamOnline was a short step away from EduHamHome, launched in response to Covid-19 with tips for parents on how to use the curriculum and resource portal with their children. Students can submit their work online and cast members will choose favorites every week to feature on their website. The online version includes access to over 200 primary sources with more being added weekly, and a recently-filmed video featuring the show’s creator and star, Lin-Manuel Miranda, who has called EduHam “our favorite thing we do as a company.” An app for use with mobile phones launched July 2, and the site will be available in Spanish as well as English next month.

EduHam Has Strong Impact on Students

Jeanette Providence, a teacher for the last 28 years at the same high school she attended, Grant Union in Sacramento, CA., recalls an 11th-grade teacher taking her and three other students to hear the poet, memoirist and civil rights activist Maya Angelou. The impression that left on her has lasted until today. She feels the EduHam program offers the same kind of impact, and she’s taught it five times since 2017. Once she even offered to pay for the bus herself to make sure her students could see the matinee. 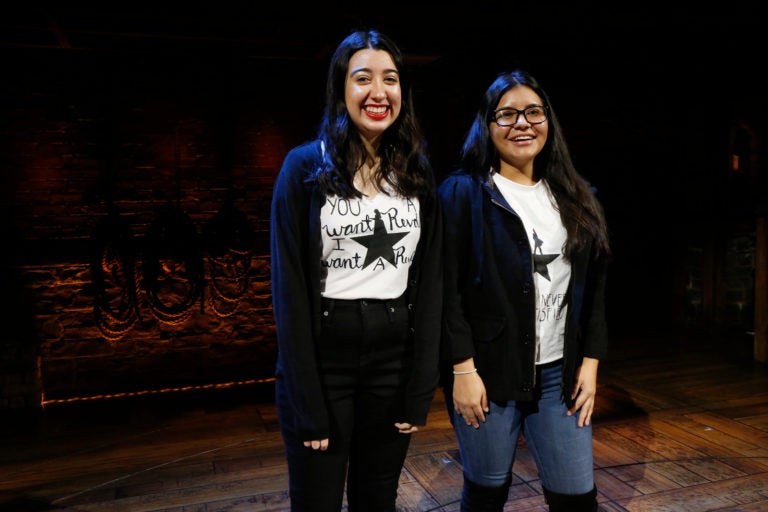 Many of her students are considered at risk because of the life challenges they face, and she loves watching them change and bloom during the EduHam program. One example from earlier this year came from a student named Robert who recited a poem he wrote about a Revolutionary War battle. “He was so shy beforehand. But the power of his performance changed the way people interacted with him. Afterward, he was still shy, but you could see him walk with more confidence.”

Police reform and racial justice issues being raised right now on the streets, Providence says, “are nothing new to our students. We’ve had students killed by police; we’ve had parents killed by police.” As an early example, she recalls the 1972 police killing of 15-year-old Grant Union student Raymond Brewer, a star athlete and outstanding scholar, as he was walking home carrying a stick he used to protect himself from neighborhood dogs.

EduHam Teaches That Their Voices Are Significant

Kai Bosley, a rising senior at Macalester College in St. Paul, MN majoring in Neuroscience with a minor in Spanish, participated in the EduHam program while at Providence St. Mel School in Chicago, writing and performing a song about George Washington at Valley Forge. She loved having access to primary sources as she researched George Washington’s thoughts and emotions. 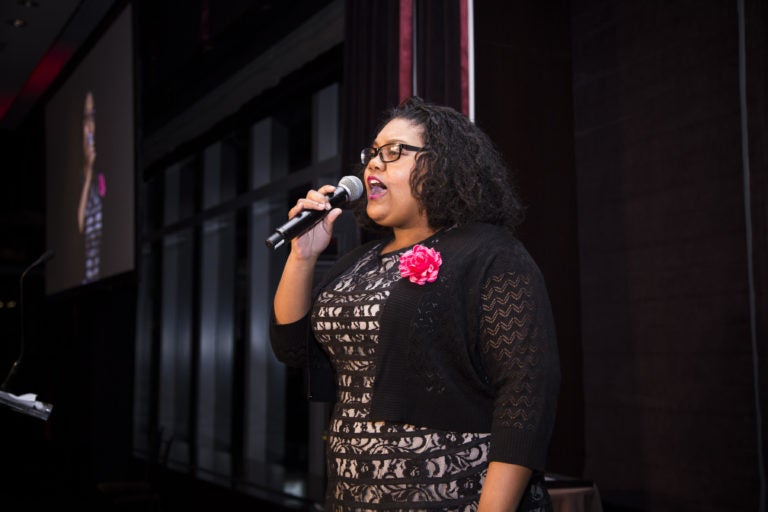 “During my research, I found his letter detailing feelings of demoralization as he watched his men suffer during the war’s lowest point,” she says. “In the midst of being questioned for his effectiveness as leader, George Washington still was able to fight on, with freedom as his guiding compass. Today, with the Black Lives Matter movement, the guiding compass is intentional improvement of policing and an upholding of basic human rights for black and brown communities. The struggle for liberty and freedom in our history is ongoing.”

“At that time as a high schooler, my intent was more on participating within the EduHam program guidelines, so more focus was put into understanding George Washington’s state of mind at a particular time in history. I only knew to center my song on that particular moment of his life, which meant that my scope of him was seen through a narrower lense than today. In today’s climate and from what I now know as I prepare to graduate college, my song might have had a very different take on his overall character. Given what I know now about him being a cruel slave master, maybe the tone would have been different.”

Because of Covid-19 and an underlying health condition, Bosley participates in the protests by donating and signing petitions. She believes it is a moment of hope. If someone a century from now looks back and uses source documents to illustrate this moment in history as she did with EduHam, “I think whatever play they create needs to encapsulate the sense of hurt we feel,” she says, “but also our conviction that in addressing inequalities, we better our society as a whole.” 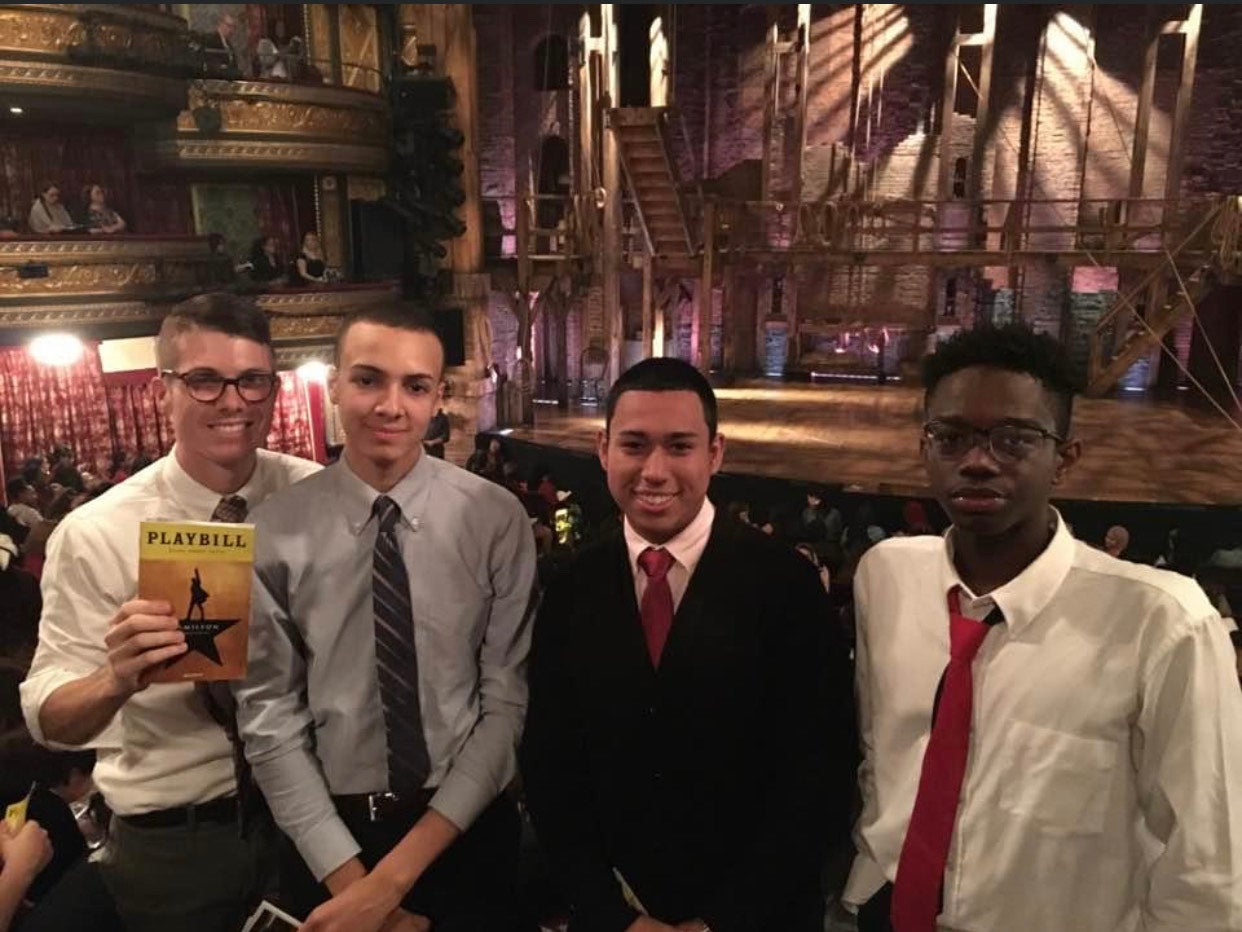 Ryan Scheb, the chair of the History Department Chair at Cristo Rey High School, an independent Catholic school in East Harlem, New York, has taught EduHam three times and loves taking his class to see the show. “Many of our students have never watched a Broadway show, much less the hottest ticket in town,” he notes.

But what he loves most about EduHam “is that it shows our students their voices are important. That’s what so much of these past few weeks have been about. They are getting a chance to say ‘this isn’t right and we aren’t going to tolerate it because we are just as entitled to the American story as anyone else.’ And in many ways, this is exactly the message of the Hamilton Education Program.”

An educational partnership to provide 20,000 NYC Title I public school students with the opportunity to see Hamilton on Broadway and integrate the show into classroom studies. 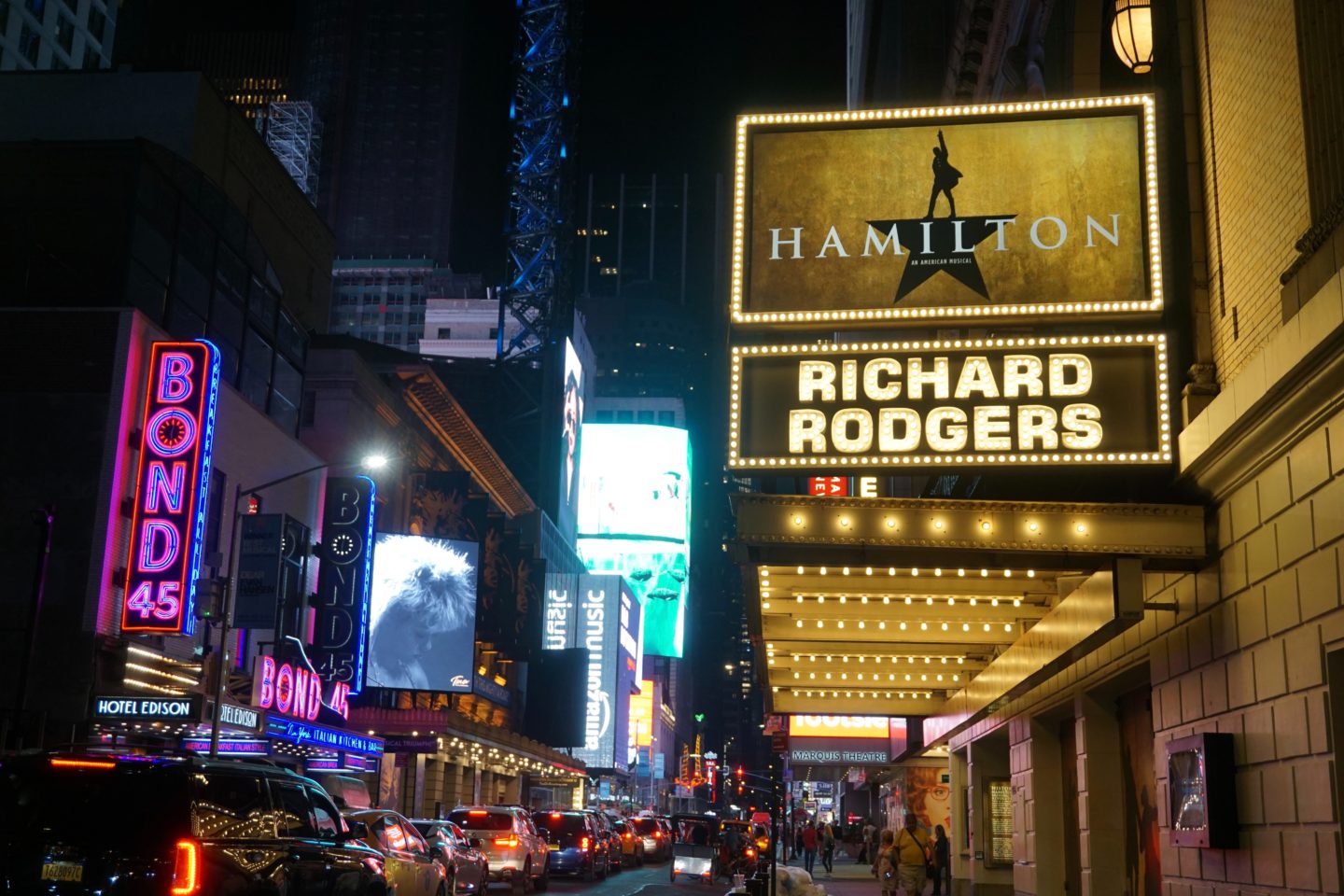 HAMILTON: The Musical and The Rockefeller Foundation Announce Partnership to Provide 20,000 NYC Public School Students with Tickets to Hamilton on Broadway With $1.46 Million Grant