Wuhan native Chang Liu joined a WHO team two days after the shutdown. Now he and his colleagues, hoping to save lives, are urgently sharing digital lessons learned.
05.27.20

Just two days after the start of the Jan. 23 Wuhan shutdown, the global health think tank ACCESS Health International mobilized a Covid-19 working group with the World Health Organization and began collecting and analyzing technological responses to the virus which would soon spread around the globe.

Now in partnership with The Rockefeller Foundation, AHI is working urgently to share lessons learned in China out of a conviction that this information can save lives.

Healthcare and other essential workers are on the frontlines, but the ultimate fight may be between Covid-19 and technology, as machines collect and collate data, diagnose, track and search for a vaccine.

Creating a repository and sharing successful technological interventions and policy recommendations is AHI’s goal. They are also working directly with more than 100 technology solutions providers to provide deeper insights into their challenges and contributions. They hope this will provide a starting point for creating additional digital solutions globally.

Liu is from Wuhan. He grew up on the Wuhan University campus next to East Lake, one of the largest urban lakes in China. Liu recalls an energetic city, with neighbors calling out to one another in the mornings while eating takeout from containers loaded with guozao, Wuhan’s word for the city’s signature breakfasts comprised of a medley of snacks both sweet and savory.

Much of his family still lives the city of 11 million, where scientists believe Covid-19 was first transmitted to humans in a local wet market. His aunt and uncle, in fact, became very ill in mid-January and disappeared inside the hospital system for a couple of days, frightening the family. They have since recovered, but only after 40 days in the hospital.

“Everyone from Wuhan and Hubei Province cried many times, including me,” Liu recalls. “Everyone was devastated. There were so many levels of fear.”

Wuhan’s 76-day quarantine ended April 8, and the city government believes they have now successfully contained the virus, but only after more than 68,000 reported cases and more than 4,500 deaths in Hubei Province, of which Wuhan is the capital.

Propelled by a belief that every day counts, Liu and his team have collected more than 60 examples and case studies highlighting where and how they believe digital technology has an important role to play in pandemic response—ranging from prevention and treatment to contact tracing and social support.

They are also tracking government policies that underscored technological responses to the crisis. With a new grant from The Rockefeller Foundation, they will present their findings directly to healthcare officials in Thailand, India and Myanmar, and to a larger audience through a series of webinars as well as a final report.

Their work shows that data and technology have a role to play in every stage of the pandemic’s existence.

Teleco data, or the information picked up through cellphones or landlines, can be joined with machine-learning to help create an early warning system by detecting infections or hotspots. People change their behavior when they get sick, Liu noted. 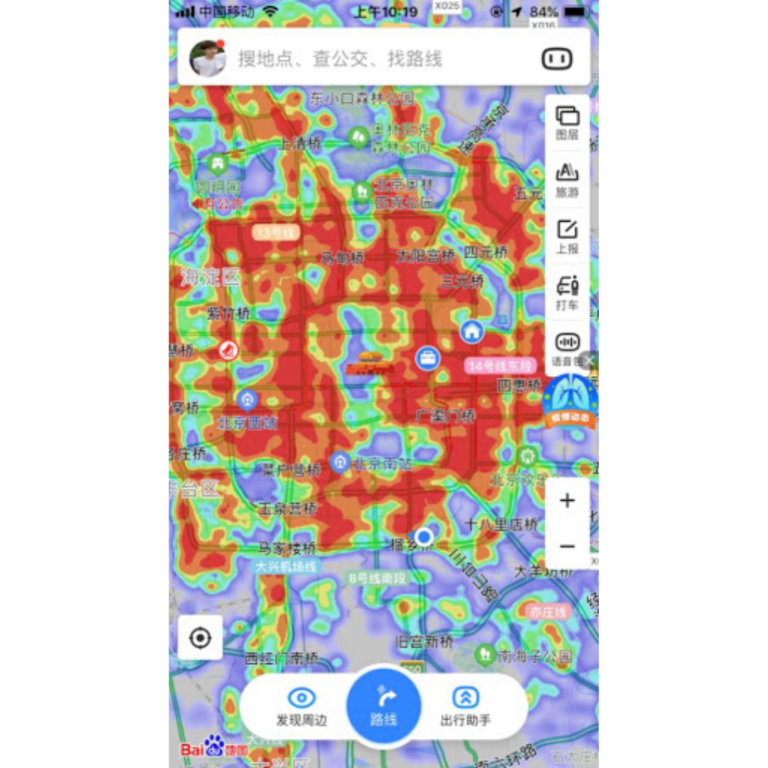 Analysis of data that monitors purchases, attendance at events, even use of parking lots, can tip off health officials to a localized and burgeoning outbreak. Once spotted, AI systems that track airline data and local reporting can predict the virus’s spread.

In Wuhan, technology was already in place to set up delivery of both food and medical supplies. More than 70 percent of China’s population was comfortable with ecommerce before the outbreak began,[1] representing a fair degree of digital maturity. Digital technology was also used to analyze current or potential shortages of everything from beds to PPE.

Telemedicine has an obvious and critical role to play in dealing with a range of patient issues. This includes mental health support. “Fear can cause symptoms,” Liu says. Telemedicine can also educate patients, and point them in the right direction depending on their symptoms. Apps can collect suggested treatments of common Covid-19 symptoms and include doctors’ analysis of those treatments.

Perhaps the most useful telemedicine apps used during the Wuhan outbreak were also connected to public health systems, allowing them to do double duty by both informing patients and giving officials broader insights as they track the disease spread. “The system is triggered by a suspected or confirmed case, and that links directly to the government healthcare system, perhaps at the provincial level,” Liu says.

To try to ease some of that pressure, a robot-run field hospital was opened in the Hongshan Sports Center. Patients wore smart bracelets and rings synced with an AI platform so that their vitals could be monitored. Robots provided patients with food and drink and also cleaned and disinfected.

Technology also has a role to play in contact tracing. In Wuhan, the government collaborated with private sector technology to develop the tracking systems that connected to the backbone of the healthcare system. These apps prompted users to enter their information. Through geolocation, a person’s travel history could be captured along with her or his stated health status. Drones were also used to patrol public spaces and track non-compliance to quarantine orders.

Liu notes that during a healthcare crisis, it is critical that the public have access to information they can trust that is transparent and uniform. In Wuhan, officials found applications that visualized the information got the most views, he said. Apps that relayed expert answers to questions trending on social media were also frequently accessed and being forwarded.

When it came to begin reopening the city, technology had a role to play again. After people filled out a brief health questionnaire via two hugely popular apps, WeChat and Alipay, they were given a color code of red, yellow or green which dictated if they could leave the house and where they could go. They were required to show via apps before entering stores, restaurants or offices. The software developers built the technology, while local government created the requirements for the health codes. 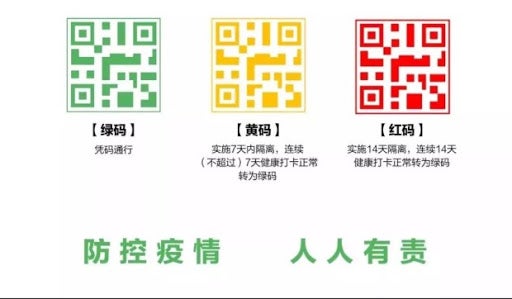 Liu hopes the details being collected, analyzed and shared by AHI will improve responses to later pandemics or future outbreaks of Covid-19. “Next time, we hope there will be a little less duplication of work,” he says. And with governments more prepared, “the public will know more clearly who they should listen to and what steps they should follow.”

ACCESS Health is a think tank, advisory group, and implementation partner focused on designing and implementing health initiatives that tangibly improve health outcomes and the quality of care across the globe.

[5] Robots for healthcare workers to monitor and interact with patients | Photo credit: httpstechgrabyte.cominside-china-wuhan-hospital-coronavirus-robots