Cities on the Frontline: GRCN

January was drawing to a close when Lauren Sorkin reached out to her colleagues in Huangshi to wish them a happy Chinese New Year. But instead of the traditional greeting of “gong xi fa cai,” Sorkin asked, “How can the network support you?”

Huangshi, a relatively new city built in a mineral-rich region on the banks of the Yangtze River, is an hour’s drive southeast of Wuhan, and Sorkin, Executive Director of the Global Resilient Cities Network (GRCN), had already heard rumblings of a new virus. Her colleagues confirmed it. Their holiday celebrations were disrupted, they said, by workers being sent home, supply lines disrupted.

Sorkin immediately understood the implications. Singapore, where she lives, experienced one of the world’s largest SARS outbreaks in 2003. And even as she was making her holiday call, Singapore’s first official COVID-19 infection was diagnosed at a resort less than two miles from her home.

Besides, these are the kind of critical moments that GRCN was built for.

Though she couldn’t imagine the extent and horrifying speed with which this new virus would change the world, Sorkin did expect from the outset that city officials around the globe would soon find themselves at the center of a rolling crisis. 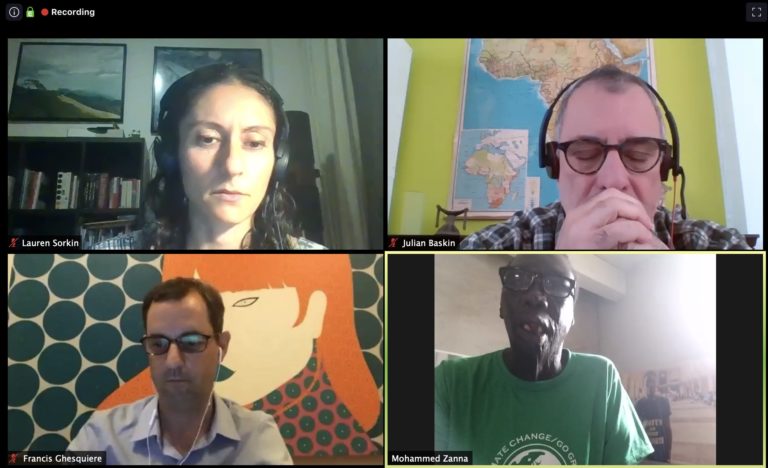 Sorkin huddled virtually with her colleagues in London, Mexico City and New York to decide how to support their community of urban resilience practitioners. Even as they strategized in those early days, they watched the virus spread. “We knew not just our cities, but thousands of cities worldwide, would need resources,” she says. “We knew we needed to open this up.”

GRCN was born from the 100 Resilient Cities program pioneered by The Rockefeller Foundation in 2013. The goal: to help more cities build a resilience roadmap by providing them with financial and technical guidance, expert support for strategy development, and access to partnerships and peer support through a global network.

In fact, the program was founded on precisely the idea that pandemics were among the daunting challenges facing cities in the 21st century, along with climate change, inadequate infrastructure, cyber-attacks and other potential risks, and that city resilience officers across the globe would benefit by sharing experiences and knowledge. Being inclusive and reflective were among the stated values. That program concluded in July 2019, and the Foundation continues to support chief resilience officers and their cities through a grant to GRCN.

“We have this trusted practitioner network that represents 220 million citizens worldwide, 98 cities in 40 countries,” Sorkin says. “Dependable, transparent communication is invaluable. We’ve learned that cities are more similar than they are different invaluable and Chief Resilience Officers are effective channels to apply the right solutions in the face of complex challenges. We knew if we could break through the cacophony to provide city leaders with the right information, they could respond and save lives.”

The resilient cities network initially began with the thought that climate extremes would particularly challenge cities, due in part to their pooled resources that can make them both exciting places to live and intensely vulnerable to shock. City planners have immense jobs even in relatively tranquil times, so building resilience is critical. 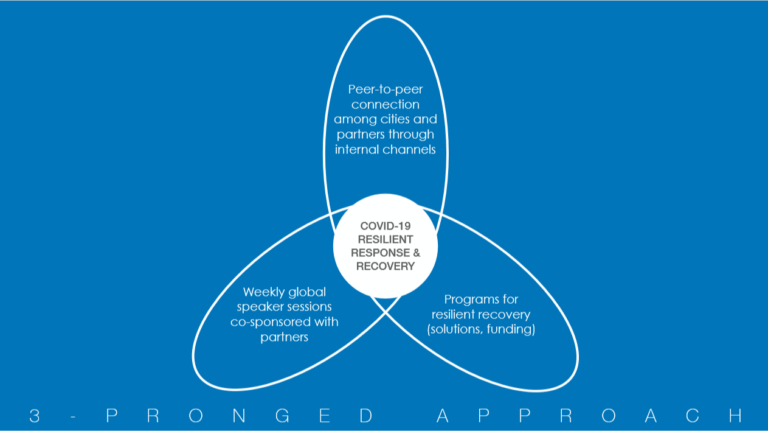 With the arrival of COVID-19, GRCN shifted its emergency planning into high gear, joining with the World Bank and committing to hold weekly audio/video conversations to leverage the tools and expertise of their membership. Out of this came the Coronavirus Speaker Series: Sharing Knowledge to Respond with Resilience. They’ve discussed everything from leveraging technology to fight the virus to what economic recovery might look like once COVID-19 is contained.

The value of the teleconferences has been apparent. Hundreds sign up to watch each call live, and the materials are circulated to over 4,000 cities globally through GRCN’s partnerships with the World Bank, the UN Office for Disaster Risk Reduction and others. “The first one, at the beginning of March, was really a wake-up call for a lot of our participants,” Sorkin says. “They came in wondering ‘What am I really looking at here?’ And then they began to understand.” 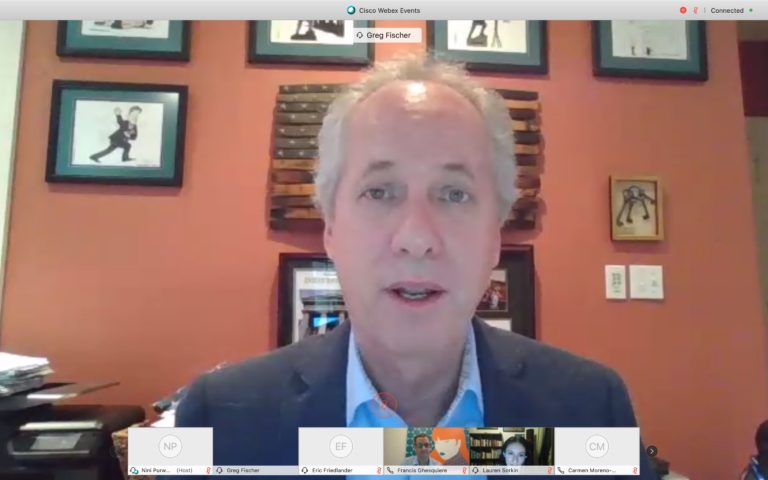 They also began to share information not only about tracking and containing the virus, but the the challenges and values of going digital, what recovery and healing might look like and how to deal with distribution of basic services. The plan is to continue the weekly conversation until there is no longer a need for it.

“We are starting to produce a dialogue from leaders all over the world about what a resilient future can look like and what investments we need to make in the future to achieve that resilience in cities,” Sorkin says. “And that’s where it is going to get exciting in the next few months.”

In the midst of the global crisis, Sorkin has faced her own personal challenges, especially when her godmother—who she’d long viewed as a personal inspiration as well as beloved family member—passed away in the United States. “I couldn’t travel to attend the funeral. I couldn’t hug my family at this time. I know many families across the world are dealing with this. We have to prioritize our safety and our health.”

But Sorkin continues to find silver linings. “We have never had a resilience challenge so profound and so acute in terms of timing,” she says. “It’s harder to get the human mind to focus on climate change because it takes place over generations, but this virus is happening to all of us at the same time and in the same way. It’s an incredible focusing mechanism.”

“The learnings we have gained in these last six years are serving us now. The incredible power of this network is to take resilience tools and to make sure we deliver for the health and wellbeing of our cities,” Sorkin said. “These are challenging times. But I wake up every day so charged by the work we are doing.”

Cities For a Resilient Recovery

The Global Resilient Cities Network and its community of Chief Resilience Officers have launched an open, participatory, and collaborative platform where cities (within and outside of the Network) can exchange knowledge and learnings. 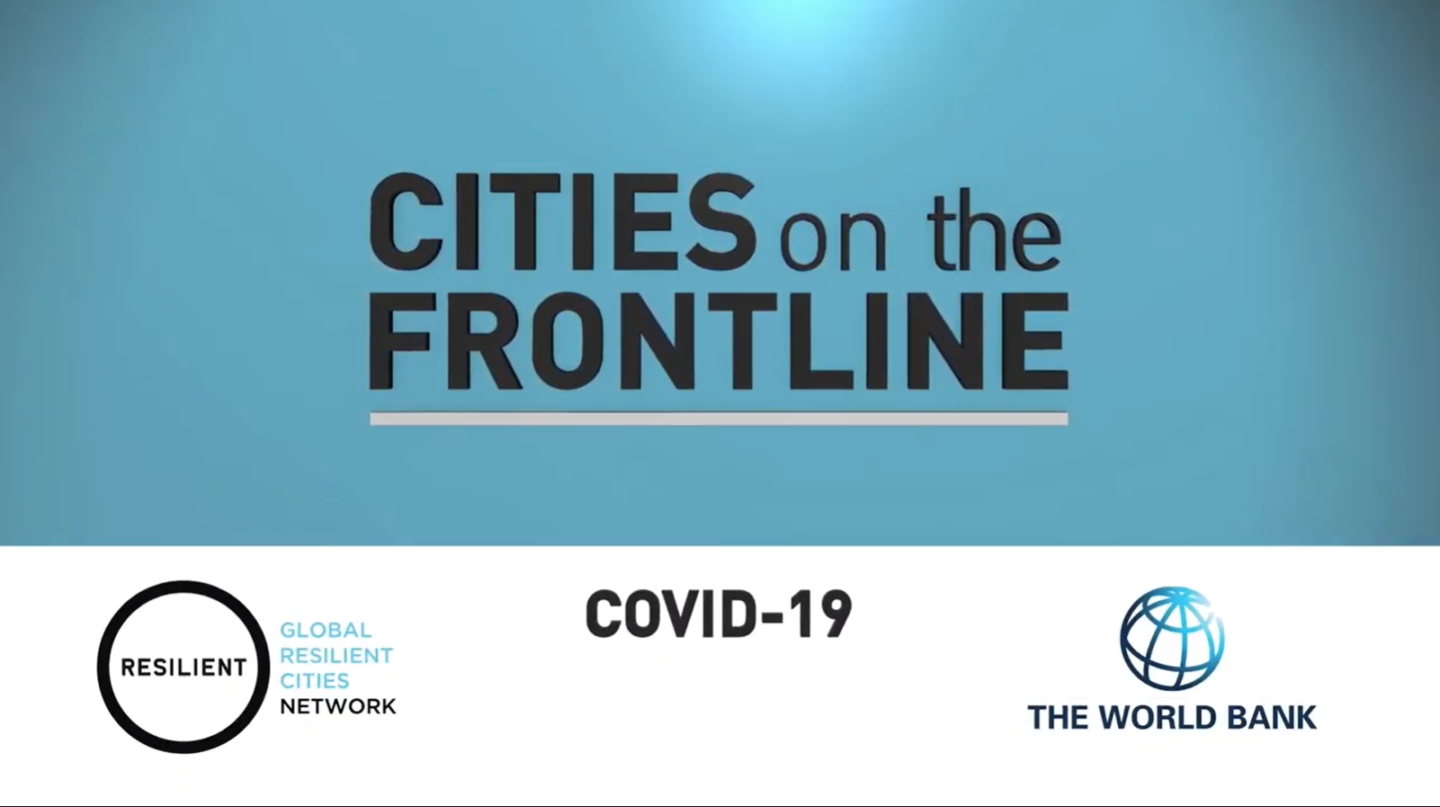 GRCN Coronavirus Speaker Series: Sharing Knowledge to Respond with Resilience is a weekly session organized by the Global Resilient Cities Network (GRCN), a grantee supported by The Rockefeller Foundation, and the World Bank as a knowledge sharing session for cities in response to the rapidly evolving COVID-19 pandemic. Bookmark this page to check back on […]