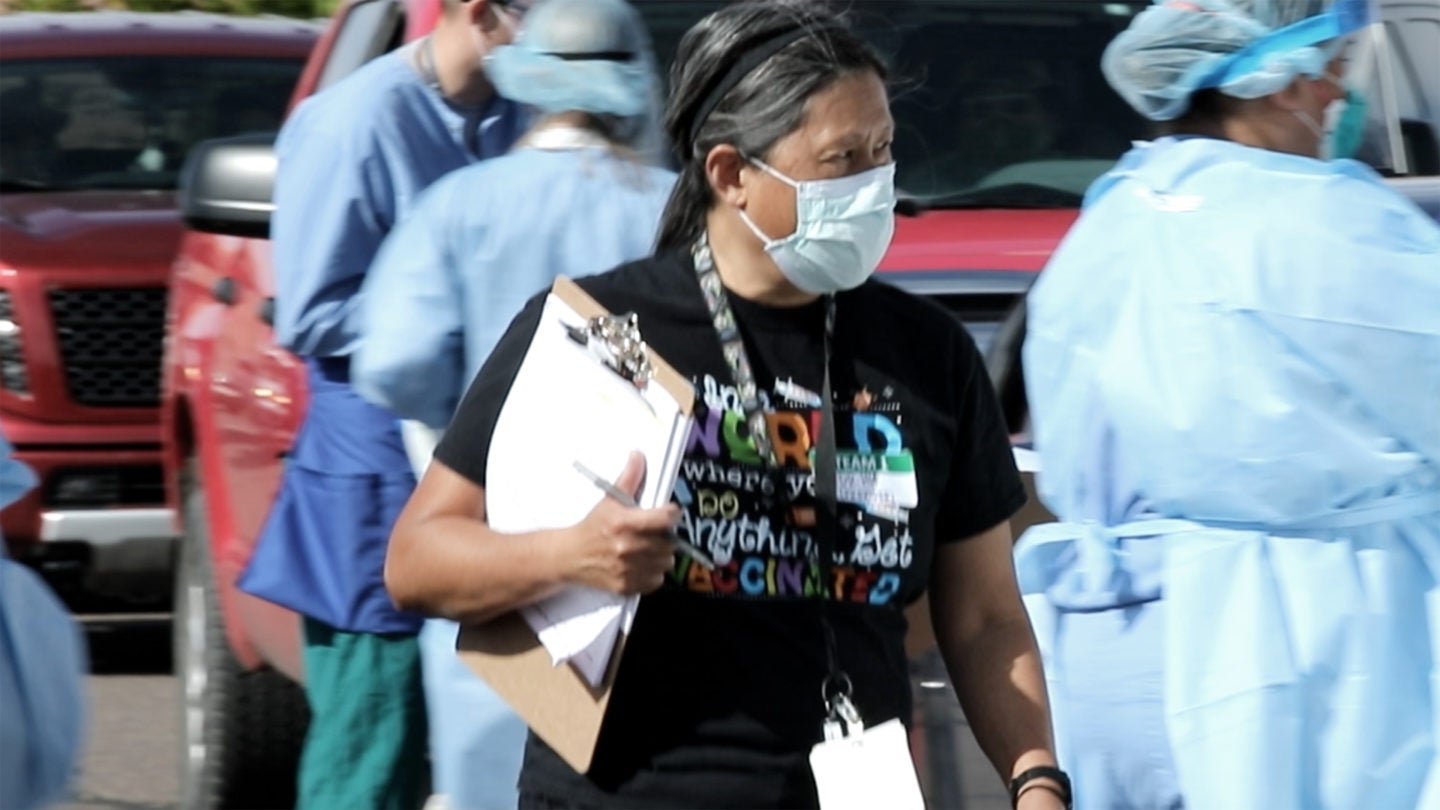 During a meeting with representatives from the Navajo Nation to discuss Covid-19 quarantine support for elderly, Ann Lee and her team from Community Organized Relief Effort (CORE), suggested building structures inspired by the traditional chaha’oh, a simple shelter to provide summer shade.

“The room went silent. They were so surprised—and pleased—that we used something in their vernacular, and not just in terms of language, but in terms of culture. That we’d been paying attention,” recalls Lee, CEO of the disaster relief organization she and actor Sean Penn founded in 2010.

So instead of supporting a plan to send elders away from the reservation to be isolated in hotel rooms, CORE will hire local workers, including a traditional healer to construct according to custom, and in this way support building more than 150 chaha’oh-type shelters while at the same time building community trust.

“Being taken away from the reservation would have been re-traumatization again for many of these elders, and a bad idea,” Lee says. Community-centered response has distinguished their coronavirus work and they’ve leaned on three tools: flexibility, cultural sensitivity and a desire to listen.

Partnering with CORE as Testing Scales Up

CORE is part of The Rockefeller Foundation’s focused effort to increase testing and contact tracing throughout the country through a National Covid-19 Testing Action Plan backed by funding and regular convening of a Testing Solutions Group as a place to exchange and discuss best practices to scale up testing and deal with the unprecedented pandemic. 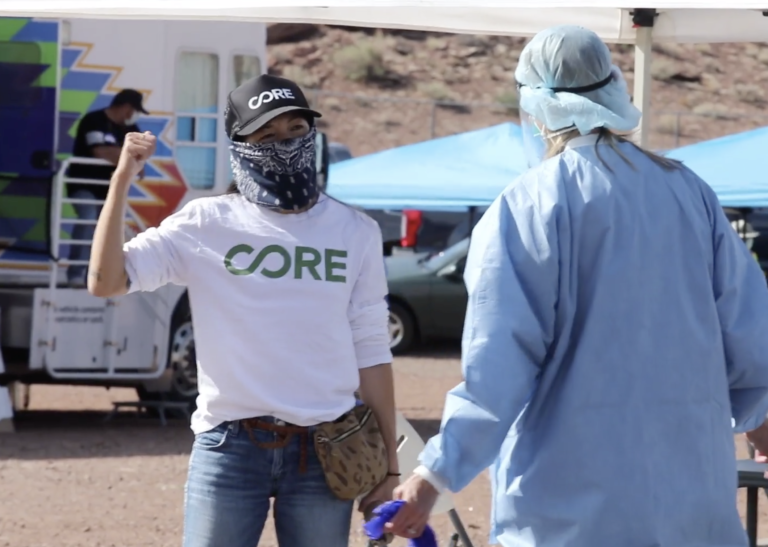 The Foundation, already a CORE partner, announced an additional $375,000 grant on June 18 to help support the organization’s work with the Navajo Nation and White Mountain Apache Tribe. CORE is also leveraging $6 million from private funding in an initiative that will reach an initial 15,000 people with diagnostic testing, provide serological testing for some 10,000 people, and offer food and hygiene packages along with the isolation shelters to over 20,000 families.

With a population of about 175,000, the Navajo Nation is the largest reservation in the U.S. and one of 12 communities where the Foundation is coordinating with public health authorities and state and local governments to expand testing. It has been severely affected by the pandemic with 324 confirmed deaths as of June 18 – more than 16 states including Kansas, Nebraska and South Dakota. The death toll equates to a death rate of 177 per 100,000, higher than any single US state.

CORE is currently operating 41 test sites around the country, including in Los Angeles, Bakersfield, Oakland, Chicago, New Orleans, Atlanta, New York and Detroit and Robeson County, North Carolina. Some 500,000 tests have been administered in CORE sites to date. They’ve also activated a team of 750 staff and volunteers. 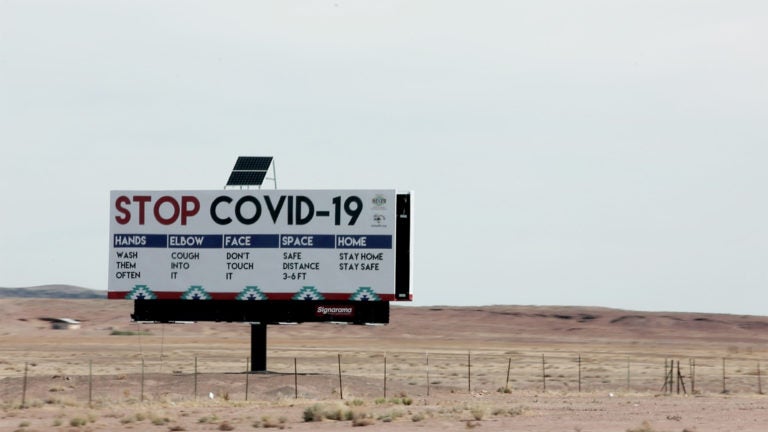 A CORE team embedded in the Navajo Nation to help them meet the challenges of the moment, and Lee returns regularly to a hotel in Window Rock, the Navajo Nation’s capital city marked by stunning geography. At dawn, she often gets up to walk on the nearby hiking trail.

“Early, when it’s still kind of cold,” she says, “Everything feels so still and for a moment you forget this frenetic pace that we are keeping up. For a moment, it brings me a little calm and peace.”

CORE cut its teeth on relief work following the 7.0 magnitude Haiti earthquake, and refined its community-based philosophy. “We saw there that it is easy to make determinations from the outside, but that’s a skewed view,” Lee says. “There are very strong community structures that are not written down but are as important as any legal document. We have to go in and support them, be an extension of their team, not burst in saying ‘We got this!’” 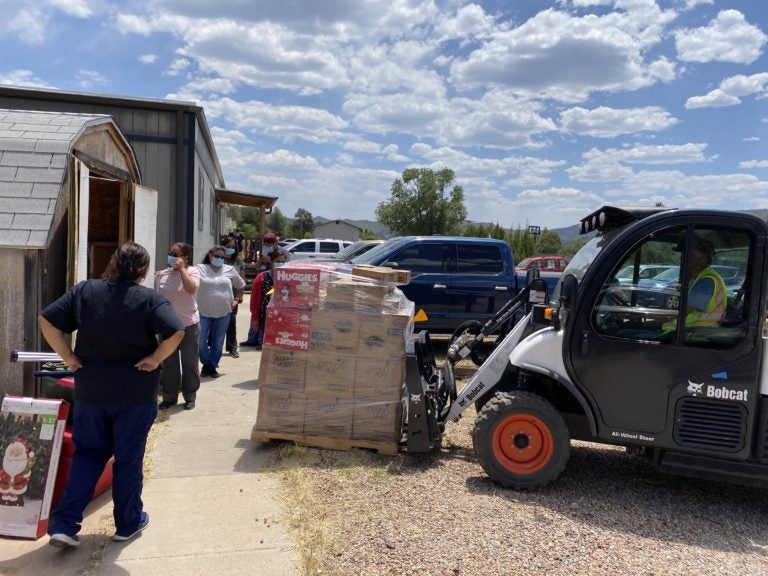 Another example of this philosophy in action occurred during a meeting with a key official in Tuba City, within the Painted Desert on the western edge of the Navajo Nation. She was packing up hygiene kits while handling other strategic issues in her community’s fight against Covid-19 and was so overworked—“no time to breathe,” Lee recalls. Lee asked how CORE could help and the official responded that she was too worn down to even try to answer that question.

“I said how about if we hire you ten people from the local community who can help you with the logistics so maybe you have an hour to see your family or one day to rest? We were able to hire them up in two days, and they are reporting to her. We were able to support her where she was.”

CORE faces the realities of disaster fearlessly, working on the ground to not only rebuild communities in the face of emergency, but to also create programs that focus on preparedness and resilience. 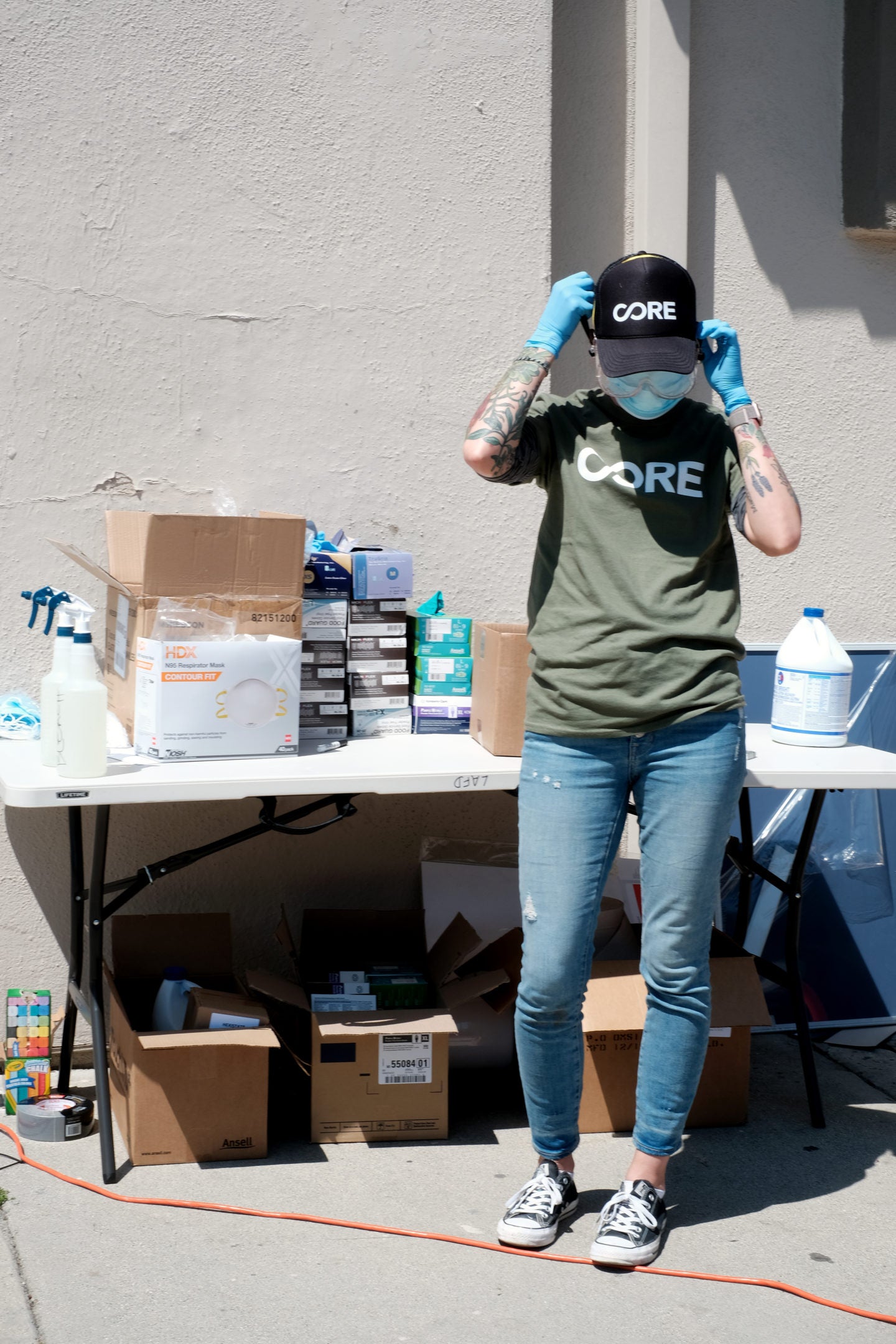 Community Organized Relief Effort (CORE) has fought Covid-19 by supplying widespread and readily available access to Covid-19 testing. Under actor Sean Penn’s leadership, CORE is #MeetingthisMoment by partnering with local governments and organizations to create free testing sites in underserved urban and rural communities to ensure that anyone who wants to get tested for Covid-19, […]