When April Fenall decided to start her delivery business Piikup four years ago, she began with what she calls a traumatic relationship to money. As a youth, she experienced utility bills sometimes unpaid, and no family budget discussions. As an adult taking out her first car loan, she was considered high risk and offered the highest rates. “I knew they were banking on me to default,” she says. (She didn’t.)

So when Fenall, 45, found a lender that would consider Piikup’s potential within its community above her credit score, she knew she had the green light to creating a Bay Area business founded on a promise to hire employees who needed a second or third chance while helping small and emerging food businesses thrive. 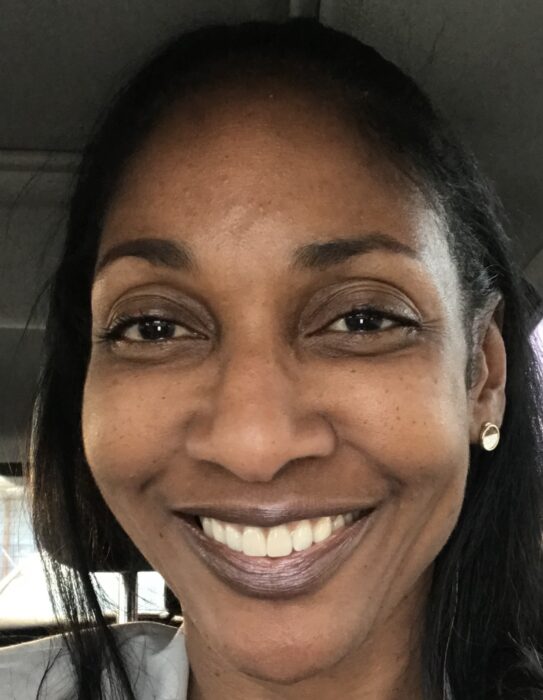 “That kind of lending feels empowering, democratic and inclusive,” she says.

It’s the model behind the REAL People’s Fund, which is braiding the work of six grassroots organizations along with Community Vision and RUNWAY to kick off a planned $10 million fund in 2021 with support from The Rockefeller Foundation. The fund hopes to reach that dollar amount with further investment from foundations and individuals.

The overall goal: building wealth through business ownership and good jobs in communities of color in California’s Alameda and Contra Costa counties, combined population 2.7 million, and through this, combatting systemic issues of inequity.

“What is special about this fund is that it is not me—the white male who does finance—making the decisions about who to direct capital to. It’s the community,” says Nate Schaffran of Community Vision, who will administer the fund along with Nina Robinson of RUNWAY.

“Even once a loan reaches me,” Schaffran adds, “we won’t base our lending on metrics like personal credit scores that we know are biased against people of lower wealth. What we are saying is that the social impact decision is as important as the financial decision, and to make that, it’s important that you are grounded in the community.”

“The REAL People’s Fund is a great example of the type of innovation needed in the capital market to accelerate the development and scaling of new financial mechanisms and investment models to better meet the needs of low-wealth people and the places where they live,” says Greg Johnson, Director of Place-Based Investments at The Rockefeller Foundation. “We hope our investment supports disrupting the status quo by radically improving financing options for Black and Latin(x) residents in Alameda and Contra Costa counties.”

Activists and Lenders Select Borrowers Together

Here’s how it works: all potential borrowers are first vetted against a set of mission criteria by a board comprised of leaders from these six groups: the Alliance of Californians for Community Empowerment, Asian Pacific Environmental Network, Communities for a Better Environment, Oakland Rising, Restaurant Opportunities Center and Restore Oakland. 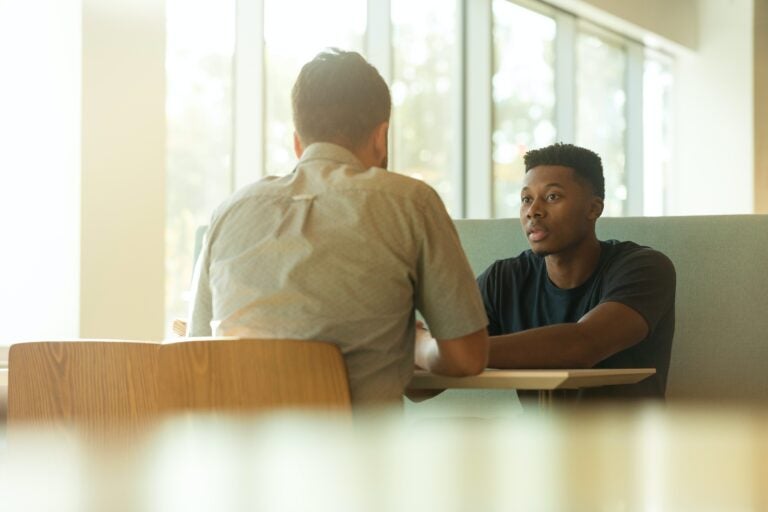 Once a business becomes a borrower, technical mentoring is provided by Uptima Entrepreneur Cooperative, including guidance on how to create business models to meet the pandemic moment. “High-quality empathetic business support is as important as the loan,” Schaffran notes. “To figure out what kind of borrowing is needed, how to manage it effectively and how to pivot if needed, entrepreneurs are going to need support.”

“We are like the uncle who says, ‘Okay kid, I believe in you.’” Robinson explains.

In fact, friends and family invest more in startups than any other single source, more than $60 billion a year. Some 38 percent of startup founders report receiving crucial help from friends and family. “But with the racial wealth gap, Black families often don’t have that option,” Robinson says. “They have good ideas but not the capital. That’s where RUNWAY comes in.”

That early-stage funding is life-altering, agrees Fenall, who herself received a $20,000 RUNWAY loan that included a two-year interest-only period and has now stepped up to payments of $591 a month.

At several other points in a business’s life-cycle, including expansions and unforeseen challenges, extra capital is vital. Some 29 percent of businesses failed in 2019 because they ran out of capital, according to the small business funder Fundera. The average small business bank loan amount is $633,000, while in fact, 57 percent of the small business loan applicants sought $100,000 or less. All business loans typically cost the bank the same amount to administer, so the small ones make them less money and are often less likely to be approved.

The REAL People’s Fund is meant to be a game changer in the broadest sense. “It’s part of a bold vision to advance economic and environmental justice,” explains Vivian Huang, the Fund’s board president. “It’s not only about providing funding to small businesses, but rather part of a grand vision of remaking our economy. It’s about advancing a just transition,” divesting from the current extractive economy and shifting to a restorative, life-sustaining one that cares for people and the planet. 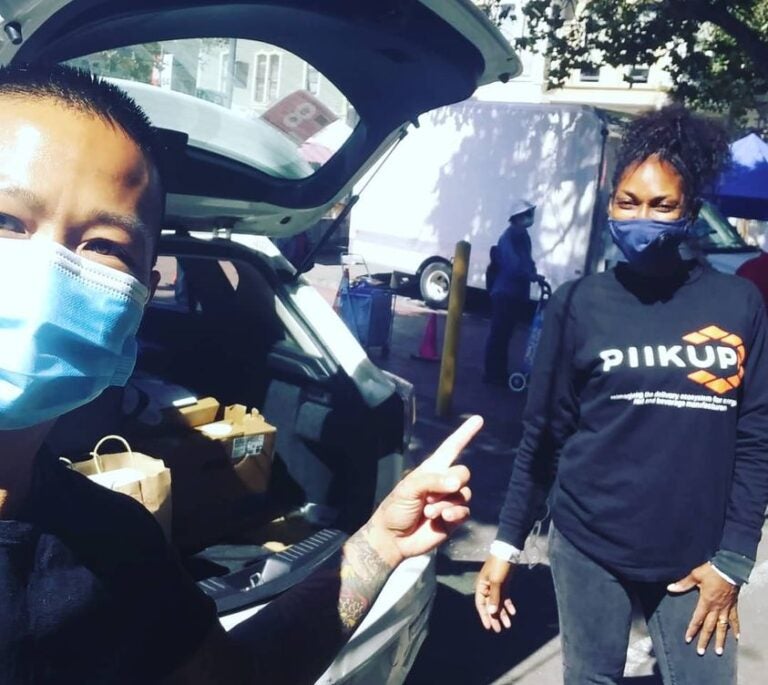 Huang, Deputy Director at the Asian Pacific Environmental Network, is deeply focused on issues of climate justice. “I never imagined I would be the board president for a loan fund,” she says. “But as we go deeper in our fight against environmental racism, we understand that climate injustice is driven by systemic economic issues. The root causes of fossil fuel extraction are the same ones driving unemployment and community displacement. So our solutions have to be just as systemic and build power for community members to govern.”

The American Express 2019 State of Women-Owned Businesses notes that Black women like Fenall own 21 percent of all women-owned businesses. But concerningly, their businesses earned only $24,000 per company on average, versus $142,900 among the larger women-owned pool.

The community groups began discussions in 2015 about which solutions would be most effective at addressing economic inequity issues before landing on the decision to launch a community loan fund. The groups and supporting funders followed three essential steps, says Sabrina Wu, a Senior Fellow with East Bay Community Foundation, who raises resources and distributes grants to the community organizations and the fund administrators for the REAL People’s Fund.

First, build deep and authentic relationships with those most impacted by systemic injustices. Secondly, allow them to identify the solutions they think will help. And finally, organize the resources, both financial and strategic partnerships, to implement those solutions. 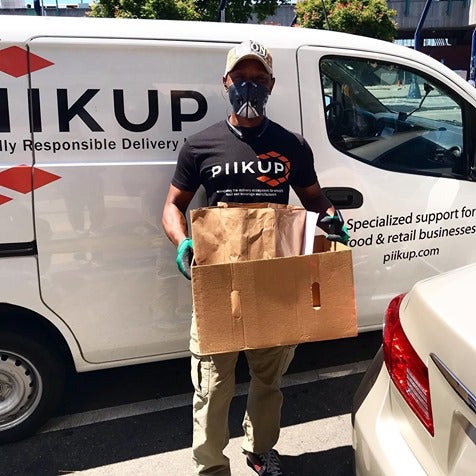 The economic crisis triggered by the Covid-19 pandemic has put a strain on small businesses across the U.S., and Piikup is no exception. Before Covid, Fenall says Piikup was earning six figures in annual revenue for deliveries from mostly local food manufactures to retail locations throughout California’s East Bay. The business employed four drivers and one administrative worker.

As retailers closed up with Covid, Fenall dropped to one driver. Now she’s back up to a four-member team and is focused on transitioning the business into a worker-owned cooperative over the next six to eight months. Though she’s still not paying herself a consistent salary, with help from the RUNWAY loan, she was able to purchase vehicles and hire an accountant, something she celebrates. “Four years in, and for the first time, I will have number clarity,” she says.

RUNWAY also deferred loan payments for Fenall and other clients for six months. “If it’s a friends-and-family loan, we need to support our clients through the hard times, and we need them to know that this is a place they can trust,” says Robinson. “This moment we are in right now is unprecedented. So let’s not use the old metrics. Let’s create a new rulebook.”