Selling an ambitious plan to expand high-speed internet across the U.S. became far easier after Covid-19 upended so many lives. The co-founders of Post Road Foundation no longer needed to explain to investors why remote learning and tele-medicine are vital services.

“All of that has become painfully obvious,” said Post Road’s President, Seth Hoedl, who founded the nonprofit alongside the longtime corporate-finance lawyer Waide Warner. “We didn’t have to explain the importance of kids taking classes at home.”

Their ambition: To structure creative financing partnerships to fund the delivery of affordable, high-speed internet to millions of underserved Americans.

Post Road’s mission could hardly be more vital, or more of the moment. Vast parts of the U.S.—more than 60% of its landmass and at least 30 million people—lack high-speed internet. Shoddy or non-existent service stunts educational opportunities and job prospects, and cuts one off from the greater world. The problem is largely but not entirely rural. Some of the neediest neighborhoods are in New York City, Detroit and Louisville.

Data shows that residents of underserved areas lag far behind in access to quality medical care, attainment of college degrees and annual earning power. The pressures of the Covid-19 pandemic have exacerbated these divides across the country and made access to quality internet service all the more important.

Poor communities fall between the digital cracks, just as they did nearly a century ago when vast swaths of the country remained unpowered by electricity. Commercial broadband providers stay away. Governments have done too little, too slowly. There are few financing options to pay for expensive, broadband infrastructure projects to serve poor and rural people. 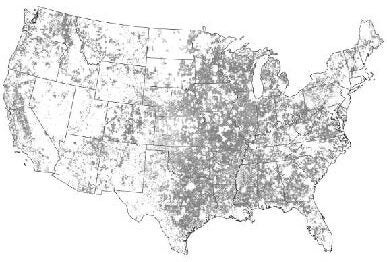 Region by region, Post Road is aiming to take advantage of the country’s patchwork of local electricity providers and bring fiber optic cables to communities alongside existing power lines. The idea is to finance the projects through joint ventures among local communities, the electricity providers, and both philanthropic and commercial investors. Eventually, the foundation hopes to raise a large Post Road Broadband Fund to streamline the investment process.

The two met at Harvard University, when Hoedl was a student at the law school and Warner was a fellow at the Kennedy School of Government. The two teamed up on the broadband quest, and started the Post Road Foundation in 2017 with initial grant-funding from The Rockefeller Foundation, which continues to support their work. The Foundation has supported Post Road with grants from its Zero Gap portfolio, which aims to support the creation and scaling of financial products that can mobilize large scale capital for charitable impact.

Throughout his legal career, Warner helped arrange financings for large-scale energy and other infrastructure projects around the world, including the laying of undersea fiber optic cables across the Atlantic and Pacific. An entrepreneur, experimental nuclear physicist and environmental lawyer, Hoedl has extensive knowledge of grid modernization technologies and the electric industry’s regulatory environment.

Post Road has completed detailed pilot studies in Maine, Michigan and in the Blue Ridge mountains spanning Georgia and North Carolina. They are hoping early next year to launch their first major project in a persistently poor area of the rural Southeast. Details are still being ironed out, but the project aims to deliver affordable, high-speed internet to around 60,000 underserved homes and more than 100,000 people at a cost of around $100 million.

The two partners hope to get another project off the ground in late 2021, two in 2022, and five by 2025. The ultimate aim is to build on the concept to raise a broadband infrastructure fund that would finance $1 billion worth of projects over the next five years.

“Once we fund the initial project, this should scale quickly,” said Warner. “And we hope others will come in and copy us.”

Post Road aims to partner with the country’s many  electric utilities, including customer-owned electricity cooperatives, municipal utilities, and investor-owned utilities. Philanthropic investors will provide “first-loss” development capital to catalyze participation by big commercial investors. The electricity providers, who stand to benefit from a modernized grid, will support the projects in various community-specific ways. The venture then has the heft to borrow the remaining capital to finance the project.

Post Road gets its name from the system of colonial “post roads” built to deliver the mail—early America’s first big public-works communications project and the only form of infrastructure mentioned in the U.S. Constitution.

The Post Road founders say the hardships of 2020 have made the case for what they are doing.

“It’s hard to imagine that we used to have to explain why video conferencing and tele-health was so important,” said Hoedl.