Investing in Financial Innovations to Narrow the Racial Wealth Gap

What if you made it much easier for workers of color to become business owners, and thus build wealth much faster? What if you offered creative, revenue-based loans to underserved business owners to help them hire more workers and grow?

This year alone, The Rockefeller Foundation’s Zero Gap Fund (ZGF) has invested in two enterprises doing just that. Both are committed, in different ways, to addressing the racial wealth gap, one of the most persistent signs of inequity in American life. And both show huge potential to scale up to address needs that remain vast. ZGF was launched in partnership with the John D. and Catherine T. MacArthur Foundation through the Catalytic Capital Consortium (C3) as a vehicle to channel private investment toward addressing the world’s most pressing challenges.

These two investments are evidence of the Foundation’s growing commitment to advancing racial equity and economic justice in the U.S. with innovative financial tools. That commitment combines the acumen, determination, and focus of the global Innovative Finance and US Equity and Economic Opportunity teams we are honored to lead.

Based in Oakland, CA, Apis & Heritage Capital Partners (A&H) is a new minority-led impact fund formed and created to address the racial wealth gap head-on. A&H’s approach is to use the tools of big finance and employee ownership to turn workers into business owners. Using capital supplied by ZGF and other investors, A&H aims to buy out at least eight company owners in its first five years, turning at least 500 workers at those companies into owners. A&H is targeting companies where at least 40% of its workforce are workers of color.  The fund is kicking off with over $35 million committed by investors in its first close, more than doubling their initial target.

“We’re looking to have life-changing impact for a set of workers who too often reach the end of their work lives with little, or nothing saved,” said Todd Leverete, an A&H’s partner who co-founded the fund along with Philip Reeves.

One beneficiary of the Founders First magic is Valarie King-Bailey, chief executive of OnShore Technology Group, a Black-owned Chicago-based company that offers services to test and validate corporate software systems. OnShore has a large roster of clients in the life-science industry, including Moderna, and her business took off when Covid-19 hit.

Needing to meet the new demand and bring on more employees, Valarie borrowed $250,000 from Founders First in the summer of 2020. Her revenues doubled for the year, to $4 million, and are on track to top $5 million this year. “That investment from Founders First meant the world to me,” said Valarie. “I was drinking from a firehose and was in desperate need of new staff.”

With both these investments, ZGF aims to foster companies that can help change the face of wealth creation in America. Few metrics offer a clearer sense of long-term advantage and disadvantage than household net wealth —that is, all assets minus all liabilities. And in the United States, the differences are stark when comparing households of different racial and ethnic backgrounds.

Nothing helps create and solidify lasting wealth like ownership of a house or a business. Both of these investments are designed to help increase the foothold that underserved Black, Indigenous, and People of Color have in creating wealth that can last through generations. 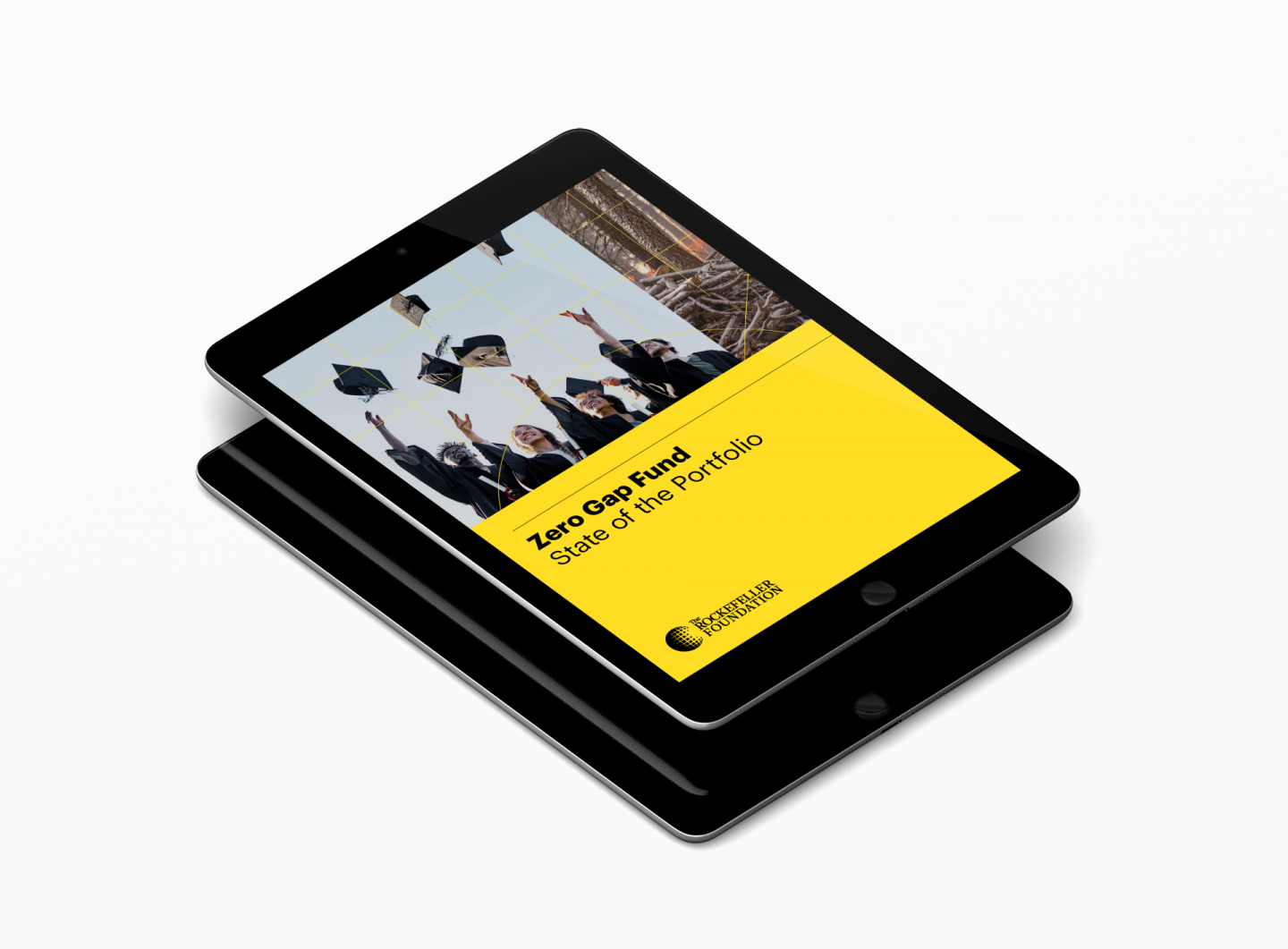 The past year has been a period of unprecedented challenge and dislocation around the globe, yet also a time of resilience and determination. Our collective response to the Covid-19 pandemic and its many ongoing shocks called for fortitude and creativity in the face of unexpected change. We saw that spirit across our partners in the […]