In the Images of Development: City Design in the Global South 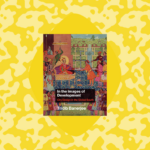 Tridib Banerjee participated in the Bellagio residency program in 2005. During this residency, he began working on In the Images of Development: City Design in the Global South. Tridib is Professor Emeritus of Public Policy in the Sol Price School of Public Policy at the University of Southern California. He specializes in comparative urban development, political economy of planning, and urban design.

A few words with Tridib

“The initial writing of the manuscript began during my residency. Valuable ideas and feedback came from fellow residents, particularly Carl and Jane Smith, urban historians from Northwestern University.

“Other than everyday conversations with fellow residents, the exchange following my formal seminar presentation of my book materials was extremely useful, and helped shape some of my concluding observations in the book.

“While there is a substantial body of literature on the history of cities, relatively little focuses on the images of development that have shaped historic transformations in the urban form of cities in the Global South. This project was conceived to fill some of this void by linking the idea of development with that of urbanism, urban form, and urban design.

“It concludes with some essential notions of future city design that are grounded in the critical challenges we face today: sustainable development, equity, environmental and social justice, and diversity.

“The Bellagio network can engage with In the Images of Development by publicizing the book to the academic world in the Global South, and make it accessible to students and scholars.”

In the Images of Development deftly traces the urban legacy of the Global South from the beginning of the colonial era, closely examining the economic, political, and ideological forces that influenced colonial and postcolonial development.

Drawing examples from different cities in the developing world, Banerjee discusses the historic parity of these cities with their Western counterparts. Further, Banerjee examines the endogenous possibilities for the future design of these cities that may address growing inequality and the environmental crisis.

This book serves as the opening of a long overdue conversation among design, development, and planning scholars and practitioners, and those interested in the urban development of the Global South.

To find out more about Tridib’s work, you can visit his Sol Price School of Public Policy profile, or his Google Scholar page.

You can also watch the USC Price’s 90th Anniversary Research Symposium, titled “A Conversation on the work of Tridib Banerjee.”